This show aims to challenge an important, but rarely spoken about topic. It's well known that no one can really understand what some everyday tasks are like for someone with anxiety unless they have anxiety themselves; but this show pushes out the boat to deliver a seemingly everyday experience from the point of view of someone with anxiety. The use of video and clever lighting effects helps to put the audience into the shoes of someone suffering from an anxiety attack, enlightening and educating everyone.

The show itself follows a young woman who suffers from anxiety, and her fight to cure herself using the popular 90's tv show, 'Challenge Anneka' as her base. For those who don't know, Challenge Anneka was a weekly tv programme which followed Anneka as she set up and executed large projects in a short space of time, with viewers watching her journey as a countdown ran along the bottom of the screen showing how much time she had left to complete her challenge. The idea that anxiety is easy to cure or that it's 'all in the person's head' is a fairly common one, but this show challenged those ideas and proved to everyone that anxiety is not something to be taken lightly and that it can't just instantly be fixed.

The show is very cleverly done and the ease with which the actress switched between characters was admirable. She showed great talent and compassion, and she handled the topic delicately. Shows like this aren't seen very often and it was incredibly eye-opening to watch. It covers an important topic that really needs to be talked about more. Despite a costume hitch or two and a technical difficulty which meant that during one video clip, I could hear everything spoken twice, the show ran smoothly and made quite an impact on the audience. This is a really good show challenging such an important topic, and I implore you to go and see it. It will open your eyes. 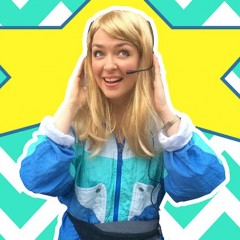