This is one of the most innovatively staged shows I have had the pleasure of watching for quite some time. The whole nature of the show is very open and exposed and this is mirrored in the set and the way the play is staged. The storyline is compelling, despite getting progressively darker, and the way it is told is interesting. Having someone translating the show into sign language is not something I have seen often and it was inspiring to watch the translating happen.

The story of Adler and Gibb is not one I knew much detail about prior to this show, and thanks to the clear storytelling, I now feel I could explain the situation to someone, should the need ever arise. The use of props and special effects were simple and clever and nothing was hidden from the audience, which I really liked. The pace of this show is really interesting. There were a lot of pauses, but nothing ever felt uncomfortable or like it shouldn't have been there. There wasn't much physical acting on stage, which for me sometimes made it hard to focus, but the idea of two people having a conversation without facing each other or moving is intriguing and it really worked with the story.

Overall, this is a really clever play, if a bit dark. The staging is unique and the story interesting, which together makes for quite a show. Don't miss out! 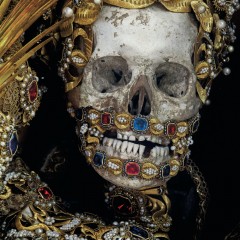