A promising start for the debut Edinburgh Fringe show

24 year-old New Zealander Rose Matafeo has planned her funeral, and seeing as she will only be attending the biggest celebration of her life in body, not spirit, she is giving us the run-through now.

Buzzing with enthusiasm and a surprisingly amount of life considering she is meant to be dead, Matafeo talked us through her displeasure at being classed as "mildly depressed", her enjoyment of Sean Paul, and perfectly captures many awkward social interactions we all experience in life.

With great use of music cues and 'acting', she frequently had the audience laughing, but there were some points where it felt the laughter was out of politeness – a few jokes just didn't work. Sadly, these usually popped up in small clusters, making whole minutes feel considerably longer. But Matafeo then finds her stride again, time returns to normal and the laughter becomes sincere again.

Also present was the work experience guy, Paul, who at numerous points served as a fantastic springboard for Matafeo to demonstrate her comedic ability – although, she may want to keep an eye on him, there are times where he definitely stole the scene!

There was much to love about Matafeo's performance, but similarly, plenty that could be improved. The confidence and delivery Matafeo possesses is an incredible asset to her, and will take her far in her comedy career. One to watch out for in the future!

Rose Mateo is performing at the Pleasance Courtyard at 5:45pm. Tickets and more information can be found on the Edfringe website. 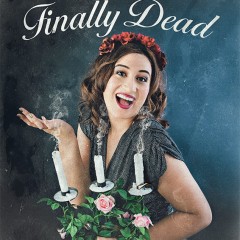 A promising start for the debut Edinburgh Fringe show