It wasn't just sexual, it was pretty crazy. This routine sees Helen Duff getting the audience to embrace their sexual nature and making awkward and crude jokes along the way. Of course, it all began with Duff entering the room dressed in blue tights and in a blue rain coat...resembling a sperm. And apart from changing into pink tights, a pink hoodie and a cut up red rain coat (resembling a vagina), the show basically spiraled into sexual silliness.

As I said, it was a crazy place to be, and at times very uncomfortable, which was masked by tonnes of awkward laughter from the audience. Duff interacted with her audience many times, at first asking people about their sex lives, and then towards the end of the show she somehow managed to get people to hit her with packets of ginger nuts, blow bubbles at her, force-feed her bananas, and ended up piggybacking on someone pretending to be a unicorn.

I have to admit, the audience interaction was fantastic - Duff was clearly loving the awkwardness and the sexual humour, and she managed to get the audience laughing as well. It's always difficult to express our thoughts and feelings about taboo subjects like sexual exploration, as society still avoids it to avoid being judged by others, and believe me it still makes me uncomfortable. Duff really helped to turn this into a joke and made us all face our human nature with gleeful giggles.

If you feel shameful about your sexual desires and hate talking about it with your friends, then come along and have a laugh!

Helen Duff is performing at the Pleasance Courtyard (Venue 33) between August 9th - 29th (not including the 15th). For more information and ticket prices, please visit https://tickets.edfringe.com/whats-on/helen-duff-come-with-me. 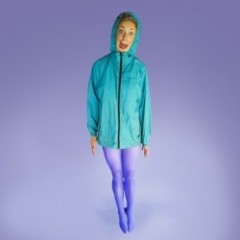 Helen Duff: Come With Me