The Latest Music Bar venue was an unexpected choice for a comedy show, but it totally worked. The atmosphere upon entry was relaxed and friendly, and there was a performer up on stage already. This performer turned out to be the 'Act Curtain Girl', as she carried literal title cards to introduce the different parts of the show, which was a really clever idea as the show was split into 6 parts.

With only three actors in the show - and costume and props being visible on stage - 'comedy devising duo' Stokes & Summers used their time and co-ordination well.

The introduction was a literal introduction, then A Really Really Big Modern Myth conveyed Walter Ego's tale of a retreat made great with the use of the music, A Really Rather Quick Modern Sketch depicted a therapist's role reversal, and was filled with product placements, and A Slightly Longer Modern Sketch had a voice-over Facebook rant, summarising the popular website in a nutshell.

The show itself was filled with pop culture and TV references with a dark twist - Summers's character became the star of A Really Really Big Modern Telly, appearing in shows such as The X Factor and Downtown Abbey, but she was consumed into the TV and became stuck in there, symbolising what reality TV Stars have to face; once you're on TV, people will recognise you anywhere.

Finally, the Chicago spoof finale was nicely done using the actual backing track from the film, bringing the show to a close in good fashion. Overall, A Really Really Big Modern Telly was really fantastic and I recommend it to those who wish to have a good laugh. 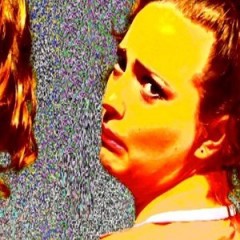