The overall tone of Not Fast Enough is perfectly reflected in the stage name of its performing duo OvaryActing: feminist, funny, but with a slight 'hold on! I've seen that on Tumblr before!' vibe. The sketch format is as well-structured and successful as it is entertaining and the pair are able to create the perfect construction for a show that explores the multiple dimensions of modern intersectional feminism. The stage presence of OvaryActing is powerful and their enthusiasm is contagious: their passion shines through in their eloquence, synergy and charisma. As an audience, we were directly involved in many of the comedic sketches, while the theatrical fourth wall is left unbroken during the more serious and dramatic parts of the show.

The Brighton Coachwerks venue is also a delightful surprise in its 'underground' eccentricity. In the quiet of Hollingdean Terrace, away from Fringe City and the festival ambience, the ex-coach garage is a little hipster oasis that looks like it's been teleported from the North Laine. I was soon immersed in a chaotic atmosphere that reminded me of an indie coffee shop as I observe the kind of cool, intellectual-looking audience you would, of course, expect at a feminist Fringe show. As soon as I choose my seat on a stool next to a fridge (supposedly a non-working ironic piece of furniture), I set my expectations for Not Fast Enough: the right artistic mood has been created and my hopes for it to be matched by the performance were very high.

The perfectly quirky and lively atmosphere fuelled the actors' performance, which was fierce, entertaining and thought-provoking, although not excellent. The most original and intriguing sketches directly involved the spectators, for instance the performers' division of us into four social 'categories' to reflect society's unilateral perception of women, which was both challenging and amusing. However, some parts of the show seemed familiar to me and other members of the audience. Certain jokes and ideas definitely mirrored popular social media posts and vlogs, which is not a sacrilege, although I found it slightly perplexing. 'Pure' originality is often just a myth, especially in the comedy genre, but I would have appreciated a more creative approach to the inspirations of the production, as it was consistently fresh in its construction but not always in its content.

Overall, Not Fast Enough, despite its imperfections, is a sincere show performed by genuinely passionate women who are able to share complex social commentaries through a hearty performance. It is highly compelling and enjoyable, with elements of spontaneity added to an outstanding structural concept.

This show has now finished its run at Brighton Fringe. For more information, head here. 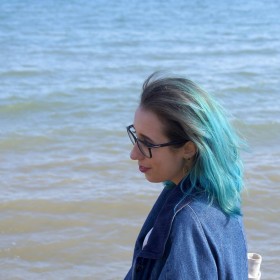 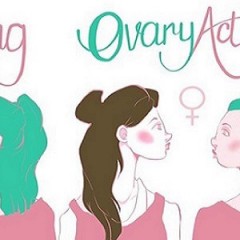