Nathan Willcock entered the room at Laughing Horse's Caroline of Brunswick for a late evening slot at Brighton Fringe's opening weekend with a youthful kind of confidence, and I, likewise, had confidence in him too. The show had a strong start, with a couple of spot-on political jokes, and some funny comments about inappropriate lookalikes.

Sadly, almost half-way through the show it felt like he was slowly unravelling, Willcock didn't seem organised in his routine - fine if this is part of it, but it certainly wasn't - and he appeared to be losing track of what he was trying to say. There was mediocre laughter coming from the audience and it began to feel awkward rather than funny as the show approached its end. I really wanted to find this funny, he was so strong to begin with and it's never enjoyable watching a performance slide downhill, but I really felt myself losing interest.

Overall, the show wasn't terrible, and showed moments of real promise. If tightened up around the edges this could definitely become a really enjoyable show, but after a long day of fringing, the audience need 100% energy to get the laughter flowing.

This show has now ended at Brighton Fringe, for more information, visit here. 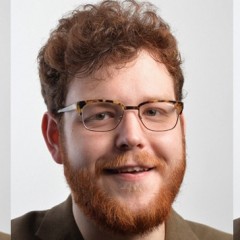 Nathan Willcock: State of the Nathan