A small, intimate venue with a relaxed environment, where four people relay their stories and experiences of Immigration and the problems that come with it.

Immigrant Diaries is a funny and informative show, highlighting the experiences of those who have immigrated themselves, or have parents who immigrated. The show gives a fresh perspective on what is currently such a widely discussed topic, and brings to light some of the problems the immigrants themselves experience, a side of the story that isn't often shown.

Sajeela is a joy to listen to, with a natural style of comedy that makes most of the things she says funny. Her story is funny and intriguing, and she tells it in such a relatable way that it's difficult not to enjoy. Her guests were from all over the world and each had their own interesting and important story about how they became an immigrant and what it took to make them feel like they fit in. I found some of the stories were better delivered than others, but that may be due to the fact that some of them had been performing for longer than others.

The show was very laid-back and it really just felt like we were a group of people who were all going to tell each other the story of how we came to England. The show was enlightening and enjoyable and is something everyone should take the time to see. It's important to understand the other side of stories such as these.

Overall a funny and informative show with a generally strong line-up of people. It's worth seeing if you get the chance! 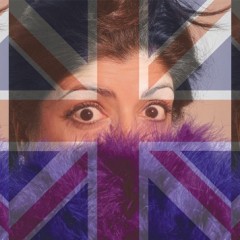 A small, intimate venue with a relaxed environment, where four people relay their stories and experiences of Immigration and the problems that come with it.