The plot revolves around a man who's drowning in guilt due to a car crash that he caused, and as a result killed 7 people, including his partner. The guilt of this led him to help seven people, which was supposed to somehow make him feel slightly better about what had happened. Thomas (Will Smith) would analyse an individual and develop a relationship with them to determine whether or not they are a 'good person' and in turn worthy of the help he has in mind.

Some of these characters are blind, in abusive relationships or just generally in very difficult situations. Thomas targets individuals who are in need of help and always offers them something that will dramatically change their circumstances, and that's why he has to be so sure that they were deserving before he gave that help.

The movie isn't solely about Thomas helping others, it's also about him and his internal suffering. Along the way, a love story even begins to develop. I don't think it was what Thomas intended, and things got pretty complicated when romance got involved.

There are quite a few unexpected turns, and great visuals, however, the ending could have been much better in my opinion. The film starts off very slow, and it isn't always clear which direction the film is going in at times. The idea behind the film was brilliant, and I've watched it multiple times, because the story is quite a moving one. However, it's a story that has so much potential, and I feel that a lot of that potential is wasted. There are some dull moments that could have been replaced with something special.

I love drama movies, so that's why I'm slightly more harsh on this genre. I feel that films such as this really can open people's eyes to serious issues, and that's why I feel that time shouldn't be wasted on dull moments or pointless scenes. The film was clearly about guilt, and giving back. However, I don't feel that message was fully illustrated to the audience in a way that could lead to any real inspiration to go out and do something great.

Have you watched this film? What do you think? 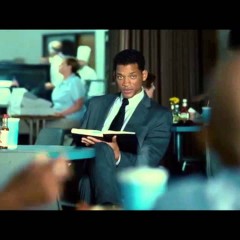