Bella Hull has had a whirlwind life already, and her latest show Babycakes takes a deep dive right into the past, present and future. She is entirely confident on stage, armed with quick wit and a buffet of anecdotes to dig into.

Hull adopts this heightened gen Z/millenial character, one that is both mindful and completely oblivious. She balances this dichotomy throughout the show excellently –  talking about her desire to become a yummy mummy in the future, and her superficiality in wanting to spend money but being arduous about the prospect of earning it. She takes the stereotype that this generation is lazy, and instead Hull parades around with this laissez-faire attitude. It’s a touch of genius and one that not only resonates with those of the same generation but those of all.

One thing Hull probably didn’t expect to see during her performance was literal children sitting in the front row, but she dealt with it like a seasoned pro – warning the parents on several occasions that this was their decision. To be honest, who better to hear from about the painful reality of growing up and self-discovery than Hull? When she got into the more crude and spicy content she often made quick awkward glances towards the front row that grew slightly tiresome at times. However, if anything, the situational comedy was a bit of gold. Those on the gen Z/millenial cusp aren’t necessarily known for their vetted communication skills with children, and this shone through with Hull’s performance.

Babycakes is also a show that navigates through difficult times in Hull’s life, from her parent's split, and estrangement from her brother to her dad recently visiting one of her gigs. The emotional core of the show is found in these topics, and how they’ve made her who she is today. Of course, being a comedian, Bella Hull handles these darker subjects with a light-hearted touch and hilarious anecdotes such as finally getting to reenact her dream Princess Diaries ballroom scene to a not-so-perfect result.

Bella Hull is a rising comedian, and one to watch out for. Her debut Babycakes is the start of something really special at Edinburgh Fringe, and is definitely worth the watch – perhaps, not so much for children though. 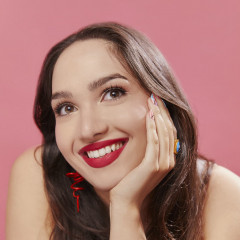