Kai Samra is a really nice guy. His story is motivational and he has a lot of wisdom and advice to give… I’m just not sure the best place to do that is at the fringe?

Native is about Kai reconnecting with the memory of his grandfather – his hero next to Malcolm X – and building himself a legacy. From being homeless to touring the world as a musician, back to being homeless at Centrepoint and then to being a stand up comedian, Kai has certainly not had it easy.

It’s all well and good using your personal experiences to make your material but the jokes, the humour, the comedy is not what I left with. I left with feeling incredibly moved by Kai’s story, and it was motivational to hear how he didn’t give up on his dreams. As nice as that was, that’s not why I chose to see the show and I left feeling a bit cheated. Like, was I at a stand up show, or was I at a seminar being told how to turn my dreams into a reality by a motivational speaker?

Kai’s jokes were funny and some of them generated big laughs in the crowd but quite a few of them fell flat. I laughed, but it didn’t leave me breathless. Kai’s overuse of jokes about white people were a little tiring after a while. Especially the joke he made about crack. I mean, I actually did find that funny, but I think I might have been the only one.

Also, the story he told about how the fringe essentially stalling his career for a year due to institutionalised racism, wasn’t funny at all. Maybe it irked me more as the only other non-white person in the audience, but I wasn’t laughing after that.

Kai has talent but Native feels too fresh to be funny. 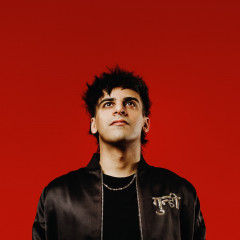