Are you into characteristic miming? Do deep meaning performances intrigue you as a person? If you like either of these things then I’d recommend watching this performance.

The play portrayed a story between two elderly men who slowly became friends over the duration of their time in a hospice before they die. At first I didn’t really understand what was going on but that is because I have never seen a performance done this way where they mime out the emotions of the characters and the events as to what is taking place. Chelsey didn’t really understand what was going on at the beginning either, but she could tell that they were in a hospice of sort and one was richer than the other. The two old men were called Bob and Bernard, Bob had a nice caring wife, whereas Bernard was alone but wealthy. When they were showing the memories of Bernard it showed that he didn’t have a good upbringing despite him being wealthy. He was a very lonely child. This could be why he was a little bit clingy towards Bob when they became friends.

The masks that were used were brilliantly crafted as they managed to get the facial features of an old man and the skin tones match the actors that performed the play. The majority of the masks that were used made the actors look miserable, but that may have been the intention from the directors. The music that was used throughout the performance changed from scene to scene but the volume of the music wasn’t consistent and didn’t match with most of the scenes that happened. Some of the actions that were carried out can be seen as funny but at a different angle some people may say it is offensive. The scenes seemed to be really elongated when it didn’t really have to be that long in the first place. As the performance went on you could see the actors really portraying their health deteriorating from old age. When Bernard was on his death bed, Bob put him over his wife because of how well their friendship had developed.

Overall it was a good performance but not something that myself or Chelsey would like to see again. It became quite hard to watch due to the elongated scenes and we lost interest by the end.

By Toni and Chelsey 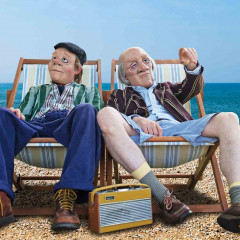 Are you into characteristic miming? Do deep meaning performances intrigue you as a person? If you like either of these things then I’d recommend watching this performance. 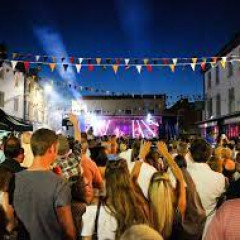