I didn’t intend to read Skylight (2008). I actually found it on a stand being given away for free somewhere in Cambridge and decided to give it a go.

Upon first glance, the book doesn’t provide much insight into its offering - both the front cover art and blurb of the novel remain relatively vague. However, it’s this vagueness that captivated me throughout the entire book. I was kept unsure but not confused, left guessing yet not completely in the dark.

Briefly put, the book begins by detailing how our protagonist, Claire, gets kidnapped, and at the end of the book, the kidnapper returns her home after collecting his ransom. Of course, the book has its harsh moments, but the kidnapper, for the most part, appears unusually kind. And although the book can be briefly summarised, the intriguing nature of its two main characters adds so many levels to the simplistic plot. Why is the kidnapper such a gentleman, and why of all people did he kidnap Claire?

Claire, as a journalist, immediately became a character that I found incredibly interesting, as her thoughts carried an investigative, poetic tone. Yes, she was naturally afraid and concerned for her wellbeing, but at the same time, she came across as observant, intellectual and active. Yes, again, she didn’t repeatedly attempt to escape, but she is far from your typical book depiction of a “passive” prisoner.

‘I wonder how orange the fire is, how wide, how tall. If it burns away the trail that led from his life to mine’.

From the way Claire speaks, a reader can uncover many details about her personality that aren’t overtly mentioned. For instance, she is romantic, despite having had to report on numerous difficult events, such as wars. To most, does it matter how orange a fire is? To speak of it in a way where it’s almost personified, with a notable height and breadth of its own. From these thoughts and lines, a reader can tell that Claire is a person who feels deeply, who hasn’t let her heart be hardened by all she has seen and gone through. These factors collectively illustrate her strength, backed up by the way that she ultimately comes out of her kidnapping with her life and sanity intact.

‘I’m not the kind of woman who knows nothing’.

On many occasions, the book directly or indirectly references Claire’s womanhood, such as through her “needs”. There’s a section where Claire speculates ways to send her kidnapper away for a while and comes up with the possible idea to ask for tampons, makeup or lip balm. The book cites this as something unsuspecting - the demands of a perceived picky ‘can’t live with them, can’t live without ‘em’ woman. These asks are largely stereotypical, but the book shows Claire using the stereotyping to her advantage. She is not “demanding” or surface level; she’s outsmarting the mind of someone who has fallen into the illusion of believing that she could be.

‘I look up at the sky, pale blue with a few thin clouds, too diffuse, too scattered to hold a silver lining’.

Claire’s characterisation holds as much depth as a reader is willing to explore. She is self-aware, calm in the face of crisis and clever in asking questions without overstepping potentially dangerous lines.

If you enjoy a bit of mystery with a great side of poetics and societal messages, it is definitely worth giving Skylight a read. 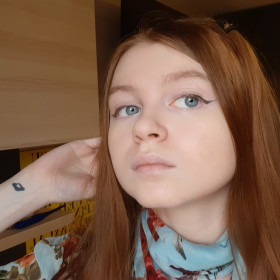 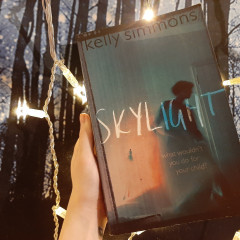 The poetics of ‘Skylight’: A different kidnapping story