The cast were a mix of black and white males amd females but I wish they had females playing male roles because black people played people who, in real life, were white to shine light on racism AND sexism as there are only really 3 roles for women (not including the ensemble) and they are still not as good as the majority of male roles.

There is also some comedy thrown in (especially about King George iii) but all round (in my opinion) it is just amazing. I would definitely recommend it if you are thinking of going and even if you aren’t especially if you live history!

The costume and set design is also very good. Later on in the okay they make some characters age by changing their hairstyles and ,for Alexander Hamilton, the addition of glasses. 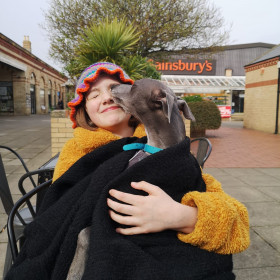 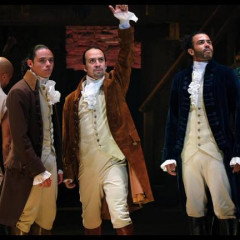