I had a very dull and uneventful sleep after this.

When Nightmares finally came to a close, I was honestly questioning whether or not whoever made it even likes horror at all. It reads as if someone saw something like Nightmare on Elm Street and read something like Jekyll & Hyde and then figured they had the genre down pat.

I was so genuinely disappointed too. I was promised a horror musical, and I love horror musicals, but instead I felt like an “edgy” teenage boy had strapped me in Clockwork Orange-style to watch his GCSE Drama coursework. It was poorly written, poorly acted, poorly filmed, and poorly sung. On a technical front it was hard to make out what was going on at any given time as the mixture of camera quality and lighting left everything looking smudged and indistinct – is that a corpse? Or a bored audience member who’s fallen asleep?

I was wondering several times if I was reading the tone right, it seemed by turns serious then ridiculous, and neither done with enough conviction to convince me either way. If you’re making a horror musical I want high camp, or high drama, or vivid world-building and I got none of that. Perhaps it was intentional to tread a line between serious and ridiculous, but if that was the intention then I’d expect to be convinced of that – or for a line to actually be trodden, not zig-zagging-ly stumbled across.

The songs were limp and unoriginal too, coming across like Disney villain song cast offs sung by a tone-deaf drunk. Is this how it felt to see Florence Foster Jenkins perform? The sound in general was bizarre, I’m not sure if this was due to a video lag but the show seemed to be being performed along entirely to a soundtrack, which its “star” would occasionally lip sync to, but he was rarely, if ever, on time, mouthing words a beat after he was supposed to. There was also a tonne of disembodied “evil” laughter – c’mon man, where did you get that sound design from? Your gran?

And now to the worst part of all: the actual content. Whoever knew necrophilia could be boring?! I have a strong stomach and a love for disturbing media as it is but honestly, I think even the most squeamish of horror fans would’ve just found it tedious when he got around to sexually assaulting and verbally berating his wife’s corpse. If Jörg Buttgereit could come up with Nekromantik all the way back in 1987, how are you just now in 2021 coming up with something as dull as this? Not only is this kind of content thoroughly dead and done from its inclusion in countless horror films (and other films), it’s also offensive. If you’re that uninspired that the only horrific thing you can come up with is misogynistic abuse, then maybe put down your pen.

Also, it includes the line: “this is what happens when you’re a nice guy”. I think I’ve made my case. 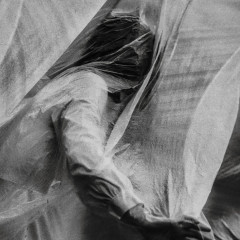 I had a very dull and uneventful sleep after this.