LGBT+ staff ‘no longer feel safe’ at BBC, particularly in light of reports that the broadcaster may cut ties with LGBT+ charity Stonewall.

The BBC is expected to end its subscription to LGBT+ charity Stonewall’s Diversity Champions programme, a workplace diversity scheme that supports organisations in ensuring inclusion and equality for LGBT+ people in the workplace. The BBC is one of around 800 organisations within the UK involved in the programme.

However, the BBC may sever ties with the scheme, following in the footsteps of Ofcom, the Equality and Human Rights Commission (EHRC), and other organisations who have ended their subscription recently. Speaking to VICE World News, insiders at the BBC said that the subscription, which was due to be renewed in early October 2021, would be abandoned but that the BBC would not announce this decision publicly.

An anonymous source told VICE that “BBC bosses feel that they can’t allow the organisation to be connected to Stonewall in any way, because the BBC needs to be ‘impartial on LGBTQ lives’ […] So the current plan is to quietly withdraw from the scheme, by just not renewing their membership. I’m super scared about this sliding back on supporting LGBT employees.”

Speaking to VICE, a BBC spokesperson said: “The BBC acts independently in all aspects of our operations, from HR policy to editorial guidelines and content. We aim to be industry leading on workforce inclusion and take advice from a range of external organisations, however we make the final decision on any BBC policies or practices ourselves. We do not take legal advice from Stonewall and we do not subscribe to Stonewall’s campaigning. The charity simply provides advice that we are able to consider. As a broadcaster, we have our own values and editorial standards – these are clearly set out and published in our Editorial Guidelines. We are also governed by the Royal Charter and the Ofcom Broadcasting Code.”

In response, director of communications and campaigns at Stonewall Robbie de Santos said, “Our work with the BBC focuses on helping to build an LGBTQ+ inclusive workplace for its employees, and in no way affects their impartiality. Supporting LGBTQ+ people in the workplace should not be seen as a political or controversial act.”

The BBC’s alleged decision to withdraw from the scheme and the similar decisions from Ofcom and the EHRC may be due to Stonewall’s support of trans rights. The EHRC has defended so-called “gender critical beliefs”, claiming that its defence of those who hold gender critical beliefs does not impact their “commitment to uphold the rights of transgender people". Gender critical beliefs have been labelled transphobic by LGBT+ communities as the terminology refers to a view that “someone’s sex – whether they are male or female – is biological and immutable and cannot be conflated with someone’s gender identity, whether they identify as a man or a woman”, according to the Observer, a view which fundamentally goes against the realities of trans identity.

Upon leaving the scheme, in a statement to the BBC, Ofcom said, "As the communications regulator, an important part of our responsibility is to ensure we remain impartial and independent at all times”, seemingly referring to a decision to not take a stance on trans rights, similar to the EHRC. Head of Stonewall Nancy Kelley has defended the organisation’s support of trans rights, saying that transphobia should be considered with the same weight as issues such as anti-Semitism.

Kelley said that whilst Stonewall wished to support freedom of speech, there is a moral limit, saying: "With all beliefs including controversial beliefs there is a right to express those beliefs publicly and where they're harmful or damaging - whether it's anti-Semitic beliefs, gender critical beliefs, beliefs about disability - we have legal systems that are put in place for people who are harmed by that."

In light of the BBC’s alleged decision, an employee with more than 20 years experience at the organisation said that it was a “hostile place for any trans person or trans supportive person.” They added, “I've worked for the BBC for over 20 years, and I've never known a worse time to be LGBT+ at the BBC […] There is deeply engrained institutional transphobia at the heart of the BBC, exacerbated by promotion of anti-LGBT+ views in the name of "balance". I no longer feel safe as an LGBT+ person within the organisation.” 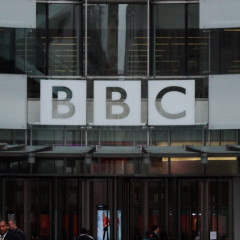 LGBT+ staff ‘no longer feel safe’ at BBC, particularly in light of reports that the broadcaster may cut ties with LGBT+ charity Stonewall.