Despite a multi-billion investment from the government, private hospitals in England treated very few Covid patients during the pandemic.

Private hospitals in England secured a multi-billion pound deal with the government only to treat a total of just eight Covid patients a day during the pandemic, a new report has revealed. The funding was reportedly to help stop the NHS from becoming overwhelmed.

In March 2020, the Treasury committed to a deal intended to alleviate the stresses the NHS was facing during the pandemic. The deal saw the government paying an alleged £400 million a month to book out 7,956 beds in 187 of England’s private hospitals, and reserve their near 20,000 staff for assisting NHS patients who had contracted Covid.

However, the report, from the Centre for Health and the Public Interest (CHPI), has found that on 39% of the days between March 2020 and March this year private hospitals were treating zero Covid patients, and on 20% of the days, only one patient. Of the national total of 3.6 million Covid bed-days, only 0.08% was covered by these 187 private hospitals, which is around 3000 bed-days.

The deal was negotiated on behalf of private hospitals by the Independent Healthcare Providers Network, who claimed that the funding was only ever to support non-Covid related procedures. However, in two letters senior NHS officials stated that it would include care for Covid patients. The report also revealed that the private sector covered less NHS-funded planned procedures than usual – around 2 million surgeries during the first year of the pandemic when the year before they had covered 3.6 million.

The report states that its findings are based on “the government’s COVID SITREP data, NHS Digital’s Hospital Episode Statistics, official statements, company accounts, and informed media sources”. It notes that much of the information regarding these events has yet to be disclosed by the government and NHS England, and that parliamentary questions and Freedom of Information requests requesting information regarding the contract have been denied.

A researcher for CHPI, Sid Ryan, who wrote the report has highlighted some of the issues around this deal, saying: “Despite the fact that the taxpayer paid undisclosed billions to the private hospital sector, which prevented some of the companies going bust, the official data shows that they barely treated any Covid patients and delivered less elective work for the NHS than they did prior to the pandemic.”

He notes that it shouldn’t be surprising to ministers that the NHS did not take full advantage of its access to the private sector “because private hospitals may have beds and operating theatres, but they rely on NHS staff to carry out operations, and these NHS staff were busy working in NHS hospitals. Which begs the question: why then did the government agree to this generous deal?”

A spokesperson for the Department of Health and Social Care has defended the deal, saying: “We will make no apology for ensuring that the NHS has the resources it needs to provide care for patients during a global pandemic. The primary aim of the independent sector deal was to treat non-Covid 19 patients, providing urgent cancer services and other life-saving treatments.”

Labour MP Meg Hillier questioned NHS England’s then chief executive Simon Stevens in June 2020 regarding the deal, and Stevens promised to contact her with the information on how many beds had been used and how much the deal had cost. Hillier was finally contacted by NHS England’s chief financial officer, Julian Kelly, on Stevens’ behalf, who claimed that in just over its first four months the deal had cost £853 million but did not disclose how many beds had been made available as part of it.

Hillier, who chairs the Commons public accounts committee, has said of the deal, “Here taxpayers have covered an entire year of private hospitals’ costs in return for less treatment and care than before, and many of them now feel forced to pay those same private hospitals over again in the face of an NHS beset with lengthy backlogs.” 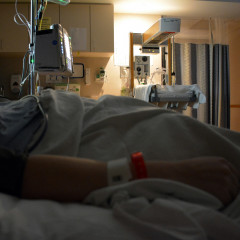 Despite a multi-billion investment from the government, private hospitals in England treated very few Covid patients during the pandemic. 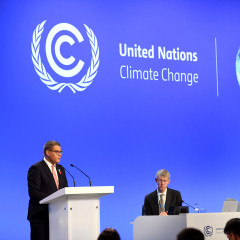