The Police, Crime, Sentencing and Courts (PCSC) Bill, already unpopular amongst those who believe that the ability to protest is an integral part of a functioning democracy has now officially been confirmed by the Home Office to actively propagate the disproportionate level of harassment and violence (conducted by police or otherwise) against people from ethnic minorities that has long been a staple of British culture.

Stop and search protocols, acknowledged by the Home Office to disproportionately affect Black people — who are nine times more likely to be stopped and searched than white people — have been updated to provide police with more power during these charged situations. With third-party reports indicating that increased oversight is considerably more pertinent than increased powers during stop and search procedures, it is extremely difficult to view this change as progressive, or even welcome.

What is perhaps even more outrage-provoking is the blatant criminalisation of Gypsy, Traveller and Roma (GRT) ways of life. “Residing on land without consent in a vehicle” is now a chargeable event, with more powers given to the police to intervene when a person or persons is suspected to be residing on land without permission. GRT people often live a nomadic lifestyle and routinely face prejudice and discriminatory behaviour. By virtue of their nomadic lifestyle, they will often temporarily reside on land whilst travelling across the country. The new law will cause a significant amount of complications in this regard.

There have been a number of documented instances of anti-Traveller sentiment within the Tories; the leader of the Scottish Conservative Party Douglas Ross, when asked what he would do if he was made Prime Minister for the day, said he would legislate “tougher enforcement against Gypsy Travellers.”

Roma activist Jake Bowers has described this bill as “the final nail in the coffin for nomadic life in this country.” In 2019, the amount of sites GRT people could legally stop on decreased by 75%. The new policy introduced in the PCSC Bill is indicative of a growing trend in UK society, that of the legislative eradication of an entire lifestyle.

The Home Office cites the inherently discriminatory aspects of the PCSC Bill as entirely necessary measures, stating: “any indirect difference on treatment on the grounds of race is anticipated to be potentially positive and objectively justified as a proportionate means of achieving our legitimate aim of reducing serious violence and preventing crime.”

This anticipation of racially provoked violence and harassment may come as shocking to those who believed the Conservative Party’s new Police Bill was intended to create a safer society for all those living in the UK.

The full PCSC Bill can be read here. 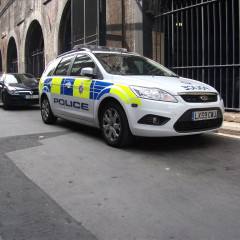