Pop Smoke’s grave has been vandalised in what seems like an attempt to remove his body from it’s resting place in New York’s Green-Wood Cemetery in Brooklyn over the weekend.

TMZ have published photos that show the damage that has been inflicted on the gravesite, local police have stated that there are currently no suspects as of yet and no arrests have been made.

The rapper, real name Bashar Baraka Jackson, died back in 2020 when he was shot dead during a home-invasion robbery in Los Angeles on February 19. He was only 20 years old. TMZ reported that the gravesite’s marble had been smashed up, and something was seemingly pulled out of the crypt. It wasn’t clear whether the star’s casket was still intact, being hidden amongst broken marble alongside discarded joints and flowers found on the floor of the crypt.

The NYPD responded to a call at around 2pm local time, after an employee discovered the damaged grave. According to the police, the incident occured between 2:30pm on Friday and 2pm on Saturday (September 10-11). The total damage of the crypt amounts to around $500 (£361).

Pop Smoke was critically acclaimed for marrying the style of UK Drill rap to the New York Hip-Hop scene. The artist is seen as an icon of modern Hip-Hop, and was most famous for his track “Welcome to the Party” which was then remixed by Skepta and Nicki Minaj. The second posthumous album from Pop Smoke was released earlier this year, named Faith, following last year’s record Shoot For The Stars Aim For The Moon. 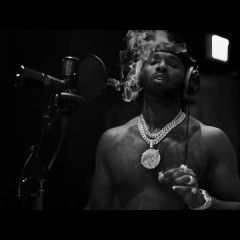