Young Norfolk Creatives have produced a film with the simple yet effective message, "listen to us", as they champion the need for more support to the creative industries.

Young Norfolk Creatives have produced a film expressing the need for arts councils, local councils and government to listen up about the importance of creativity in a young person’s life.

The creative industry contributes billions to the economy but is yet to receive the recognition and status it deserves. As a result, many young people in Norfolk and nationwide lack access to creative outlets, and feel even less able to pursue a creative career. This includes but is not limited to “BAME people who make up only 11% of creative careers” and “women who make up only 37%.”

They call for greater representation, access and funding to make a young person’s creative hopes and dreams become a reality. Scripted and co-produced by Callum Ritchie, the short film is relevant, timely and conveys an important message.

Check out the video and spread the word. It’s time young people were heard as they champion the benefits of the creative industry and those who work tirelessly to be a part of it. 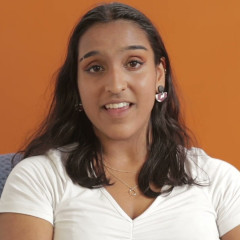 Young Norfolk Creatives have produced a film with the simple yet effective message, "listen to us", as they champion the need for more support to the creative industries.