Myanmar has been under a military coup for two months, toppling a democratic election which Nobel Peace Prize winner Aung San Suu Kyi's National League for Democracy (NLD) party won by a landslide. The coup has been heavily protested, and Han Lay is the latest to object to the conflict using her international platform.

At last week’s Miss Grand International pageant in Thailand, Lay stated: "Today in my country Myanmar [...] there are so many people dying [...] please help Myanmar. We need your urgent international help right now."

She now worries for her family’s safety, and has remained in Thailand since the speech. Others who have publicly spoken out against the military have been faced with arrest warrants and threats. Hundreds of lives have been lost, with the death toll currently estimated to be above 500, and at least 2,700 arrests have been made according to the Assistance Association for Political Prisoners (AAPP) activist group.

The unrest has also led to widespread displacement as people have fled their homes to avoid the violence. Several countries have condemned the coup and the US, UK and European Union have placed sanctions on Burmese military officials.

In speaking out, Han Lay has set a new standard for beauty queens and proved that in spite of stereotypes, the platforms and influence that beauty pageants provide can be used for good.

You can donate to the Myanmar activist emergency fund here. 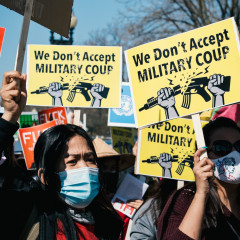 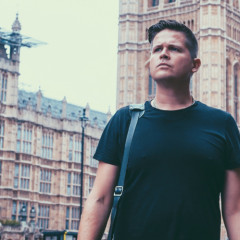