This week the Oscars announced new guidelines to encourage diversity and inclusion, particularly in the Best Picture nominees, to which these rules apply. These guidelines apply not only to those appearing on-screen but also to the crew and creative leadership.

Before we get stuck into the guidelines, we have to remember a few notes. Whilst there are four categories dealing with different areas of production and distribution, films will only have to meet the standards of two out of the four categories.

Furthermore, these guidelines will not apply until the 2024 Oscars. Having said that films being released in 2021 will have to confidentially disclose how their piece aligns with the following inclusion rules. Do also remember that these requirements only apply to Best Picture nominees.

The guidelines refer to two separate groups. Firstly, those from under-represented racial or ethnic groups, which the Oscars define as the following: Asian, Hispanic/Latinx, Black/African American, Indigenous/Native American/Alaskan Native, Middle Eastern/North African, Native Hawaiian or other Pacific Islander, other under-represented race or ethnicity. Secondly, those from under-represented identity groups: the former racial and ethnic groups as well as those who identify as women, LGBTQ+ and those with cognitive or physical disabilities, or who are deaf or hard of hearing.

The first category, Group A, refers to the actors and actresses in the piece. Films must have one of the following:

The second category, Group B, deals with the crew and production team. A film must have one of the following:

The third category, Group C, refers to the paid training opportunities that film companies off to those who are typically under-represented. The film's distributor or production company must meet both of these rules:

The final category, Group D, speaks to those consuming the film. The distribution company must have senior-level executives from under-represented identity groups. 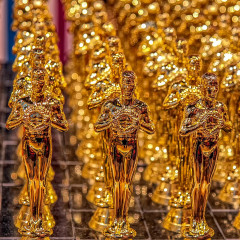