We are having an election! Because if there is one thing people definitely aren't fed up of it is voting.

May suggests the election was called so as to create a united Britain and a united Parliament. This in turn will give her a stronger hand when negotiating her Brexit deals. Do I believe her? It does seem a bit opportunistic.

The bigger question though is is there anyone who can stop her winning? As it currently stands, I'm sad to report there doesn't seem to be.

This being said, the power belongs to the people, and with that power comes the responsibility to use it.

To that end, please please please make sure you register to vote, and actually do. The importance of this election cannot be overstated.

See you next week, providing WWIII hasn't wiped us out, which is the only acceptable excuse for not signing up to vote.

Have a good one.

Theresa May has called for a general election, which is to be held on the 8 June. The snap election announcement was made on Tuesday, catching all the media completely by surprise. Under the Fixed-term Parliament Act the prime minister had to seek the permission of Parliament to call an election, and required a two thirds majority. Parliament voted through the election 522 to 13.

Theresa May said that the election was required to help strengthen her hand in Brexit negotiations. "A general election will provide the country with five years of strong and stable leadership to see us through the negotiations and ensure we are able to go on to make a success as a result, and that is crucial."

The Queen has turned 91 this week, as the country celebrates her official birthday. For those who didn't know, the Queen is lucky enough to actually have two birthdays; one for her date of birth, and then a second as the sovereign birthday. The latter is always held on a Saturday in June, as there is a better chance of good weather. She spend the day watching the races at Newbury Racecourse - known to be one of her favorite pastimes.

The Queen acceded to the throne in 1952, after King George VI died. She was just 25 at the time.

George Osborne to stand down as MP

Former Chancellor of the Exchequer and MP of the Cheshire constituency of Tatton will not stand for re-election as an MP at the General Election. He has decided to stick to his recent appointment as Editor of the London Evening Standard - a job he previously claimed would not come in the way of his responsibilities towards his constituents. He did not rule out a return to politics as his announcement was followed by 'for now'. He was appointed Editor of the country's most-read regional freesheet earlier this year. In his resignation announcement he said: "I will go on fighting for that Britain I love from the editor's chair of a great newspaper. It's still too early to be writing my memoirs."

Paramore have taken a new turn with their latest release. From the favourite pop-punk rock band of angsty teens in the noughties, the song opens with an upbeat almost dancehall beat with shakers and steel drum before Hayley Williams launches into a bubble-gum Ting-Tings-esque vocal. Unarguably a pop song, it is very much something I'd expect to hear from Sia before I would from Paramore. Hard Times is very commercial, with an upbeat bubblegum pop feel that has become standard in the industry. So, if this song is anything to go by, we'll probably be seeing Paramore return to the charts.

US news commentator and known scorner of liberal media Bill O'Reilly was this week removed from Fox News after a series of series of sexual harassment allegations were made against him, and an internal investigation turned up even more. Fox News and its parent company 21st Century Fox came under intense pressure after an article was released detailing how settlements were made with five women who made sexual allegations against O'Reilly. The total settlement costs are believed to be around $13m.

His dismissal is not without controversy though, as it is believed his exit payout could be as much as $25m - equivalent to one year of his salary. This would bring the total number of payouts relating to sexual harassment allegations at Fox News to over $85m. As much as $65m of that sum was paid out in exit packages to the men removed as a result of the allegations.

Enjoy the above video of Mr O'Reilly getting highly frustrated over a teleprompter. It represents one of just many such freakouts he had over the years.

Kelvin MacKenzie suspended from The Sun

Although this officially happened last week, it is worthy of inclusion simply as a reminder of just how awful The Sun is as a publication. Columnist and former editor Kelvin MacKenzie was suspended from The Sun after making disparaging comments about mixed-race midfielder Ross Barkley and the city of Liverpool. Writing about Barkley's assault in a bar, Mr MacKenzie wrote that the footballer was "thick" and seeing him gives "a similar feeling when seeing a gorilla at the zoo". He then continued to say the only people with similar pay packets in Liverpool were "drug dealers".

The Sun, which is already hugely unpopular in Liverpool following their coverage of the Hillsborough disaster, have now had their sports reporters banned from both Liverpool and Everton FC. Although The Sun has apologised for any offence caused, and has suspended Mr MacKenzie, the question remains, how did they think it was an appropriate article to publish in the first place. An editor must have read the piece and approved it.

Very exciting. We're relaunching our magazine with a commitment to bringing you cultural journalism with high quality reviews, opinion pieces, blogs and vlogs, and opportunities as well as more focussed help and advice for your Arts Awards. We will soon be reached at www.voicemag.uk where you'll be able to look for the articles you want by art form and by article type. Of course this means we'll have a brand new look, which we cannot wait for you to see.

While the arts and culture magazine side of what we do will now be the face of Voice, those who look for support for their Arts Award will still be able to access the Bronze Hub and Gold Hub (and soon after the launch, the Silver Hub) and get all the support we currently give you. Arts Award on Voice will be a section on Voice where you can get advice, ask for help, resources from Voice magazine and elsewhere online and, as ever, share your own and read about other people's Arts Award experiences. 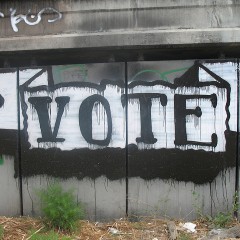