Well done America. You did it.

You identified the worst candidate there was; the racist, fascist, violence-condoning candidate, and you voted him the Republican nominee. You've exceeded all our worst expectations. I hope you're proud.

For the reader, this does not mean that Trump is the President yet, but he is certainly a lot closer. First, the Democrats need to finish their own nominations for Sanders or, realistically at this point, Hillary Clinton, and then the real work begins.

Obviously I don't think Trump is a sensible choice for the role, but I think his nomination says more about the country than him. If you want to be a jackass, that's fine. But to view the actions of a jackass and feel they best represent your interests… that's something else.

But is Hillary really all that much better? She represents the 'establishment'. She earns big money talking to bankers, she kept a private email server which was used for political work, thereby subverting the standard transparency requirements. She also was incredibly supportive of the toxic TTIP agreement, which this week suffered severe and well deserved backlash - as it in essence seems to want to reduce our standards to that of the US, and allow their corporations to interfere with European law. It would allow companies to sue the UK for the anti-competitive nature of our NHS, forcing us to abolish it, privatise it, or be unable to reverse any current privatisation that has already occurred. Currently, France has said it will block the legislation. Our Government still supports it. Take a moment to appreciate that the French are now doing more to protect the future of our NHS than our own Government.

This being said, it has not been the horrendous horror story we saw last week - in fact it's been quite good, comparatively.

The Government has stepped down over the decision to force all schools to become academies. The widely loathed policy has been scrapped in favour of allowing councils with successful schools to maintain control, while those underperforming will be transformed into academies.

On the subject of U-turns, Cameron has now stated that the UK will accept more unaccompanied refugee children, although has not given a specific figure. This is a reversal from his position last week, which was to flat out reject any more refugees coming in.

Even on the subject of the NHS, things have improved somewhat. The stalemate between Jeremy Hunt and the BMA has cooled off somewhat, with both sides agreeing the return to the table to discuss the junior doctor's contracts. The BMA may be able to enter negotiations with the new study released that undermines the Department of Health's insistence that more people die at the weekend. Will it ultimately result in another U-Turn, or a resignation? Probably not, but fingers crossed!

Finally, London has this week elected its first Muslim Mayor. Sadiq Khan. The Labour candidate beat Conservative Zac Goldsmith, who has been accused of running a dog whistle campaign.

All in all, this week has been decidedly better than last. It's still the equivalent of dog poo in your living room, but at least your floor is made of wood instead of carpet.

Voice are at Brighton Fringe 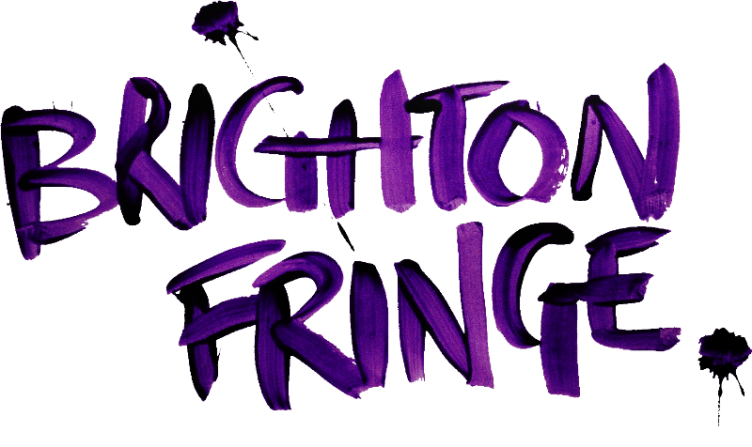 Fringe Festival Fever has started early this year in Voice as the team has travelled down to Brighton to gather reviews and interviews for you. Even as I write this I can see that the team are making the most of their time, seeing plenty of shows, but still enjoying the gorgeous weather! What's different from our previous festival coverage is that we are working with local young people to get better coverage of the event. This also means that the coverage will be able to continue much longer than our Edinburgh work, which means more exciting content for everyone! Everything produced will be listed in our Voicebox, so head on over and experience the festival vicariously through us!

Radiohead are often seen as a band who likes to do things differently. In Rainbows, for example, saw the band adopt a pay what you want model. This time around, the marketing campaign started by the band deleting everything from their social media and website, then replacing it with blank images. Then on 3 May, Burn the Witch was released as a digital download, and accompanied by a stop-go animation, embedded above. It takes inspiration from the Wicker Man, and the 60's children's show, Camberwick Green. The full album will be released digitally on 8 May 2016, and a physical release will follow 17 June.

This is Alicia Keys' first single in four years. And it's big. It sounds very different to what she has released previously, given that she is often behind the piano. With In Common, the music takes on a very Latin-fusion vibe. It shows that she's comfortable moving with the times without losing her signature sophisticated production value.

Trailer for new Michael Moore documentary, "Where To Invade Next" released

Academy Award winning director Michael Moore has returned after six years to release Where to Invade Next. The documentary will follow Moore as he travels to countries such as Tunisia, Italy, France and Portugal to view how they deal with issues such as healthcare, prisoner reform, education, and female led politics. In the trailer, Moore states that the US "have problems that no army can solve", and the premise of the documentary is that he will 'invade' these countries, and take what the US needs - presumably different approaches to social problems - and then take them back to the US. It definitely looks like one to watch!

Source: Where to Invade Next

Pullitzer Prize winner, Lin-Manuel Miranda and his play, Hamilton, sets a new Tony record. Important nominees include: Lupita N'yongo from 12 Years A Slave and Star Wars for Eclipsed, Andrew Lloyd Webber and Julian Fellowes' School of Rock: The Musical, Jeff Daniels from The Newsroom and Dumb and Dumber, Danielle Brooks from OITNB, Jessica Lange from American Horror Story, and Mark Strong from Kingsman.

A public call by the Natural Environment Research Council to provide a name for the new £200m Antarctic research vessel led to Boaty McBoatface winning with 124,000 votes. Despite the huge public demand, the decision was made to veto the name in favour of RRS Sir David Attenborough, in honour of the naturalist and broadcaster, who is just days away from his 90th birthday. Attenborough has had a career that spans six decades, and has made BBC documentaries such as Planet Earth. Boaty McBoatface lives on though, as a remotely operated vehicle which will be homes on the ship.

With the music hype so heavily focused on Queen Bey's Lemonade lately, some may have missed the memo. The rapper Drake has recently signed to grime-centred independent label Boy Better Know, (BBK). Despite his new Album Views being what was seemingly overlooked, he hit the hot spot both for this and his collaborative track with Wizkid and Kyla, One Dance. The album sold over 600,000 copies on iTunes alone on it's first day, so it obviously wasn't so disregarded, more understated. Drake's presence both in the grime and rap communities, and in the charts has grown exponentially, with him being the fastest selling artist this year so far. The musician is also billed to perform and host SNL on 14 May.

Sources: BBC and The Verge

Technically this is news from last week, but I only got to see it this week (it was great - Spiderman was AMAZING) so I'm writing about it now. Also, with the benefit of hindsight, I am able to provide you information not available at the time. For example, in the UK, the three opening days was the second biggest for a Marvel film, behind Avengers: Age of Ultron by a mere 1%. I can also tell you that Batman V Superman actually made more money that the new Civil War film, although this dropped off dramatically in the second week as reviews circulated about it being a hot mess.

Seriously, go and watch the show! You'll thank me - Tom.

Sally and Bhavesh contributed to this report

Yep, back again, pestering you once more to spend five minutes of your life (providing you're over 18 - don't blame me) to hop on over to the gov.uk website and register to vote. Although #SuperThursday is now over - and yes, they seriously tried to make that a hashtag - that doesn't mean your civic duty is. While you should really participate in every election, there is a referendum in June that will decide whether or not the UK stays in the EU. Unlike normal elections, a referendum is direct democracy - the voice of the people directly decides the outcome, no constituency bias, no party politics. This decision should be elevated above whether or not you like a particular politician. Register to vote, and then spend some time educating yourself on the legitimate arguments for and against leaving. This vote matters. Be sure to be a part of it. 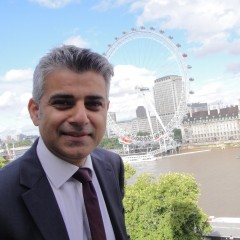