This is a question that seems to be asked with increasing frequency. The Independent offered their opinion recently when they published their last ever printed newspaper. It was encouraging to see that they went out with a bang rather than a gratuitous pat on the back, revealing a British plot to kill an Arab prince.

That in itself would suggest that traditional journalism is not dead. Proper journalists, by which I mean those who strive to print accurate and informed accounts or well articulated opinions, have not gone away. Print or not, there are still those out there who desire to tell the story.

The Guardian, who invested millions into their digital infrastructure, are still printing papers and appear to have no intention of stopping. Alan Rusbridger, former editor-in-chief of The Guardian jumped onto Reddit in 2013 to discuss the impact of the NSA reporting to the newspaper. It is interesting to note that online readership increased dramatically as the story was being broken; it made less impact on print circulation. He commented on there being no real income generated from online readers. But despite the "very expensive" nature of the reporting, and the lack of revenue generated from online readership, Rusbridger spoke positively on the perception of quality journalism to a brand.

So it would appear that print journalism isn't likely to be going away anytime soon. It is undeniable though that budgets have been slashed, staff have been laid off, and more and more responsibility falls on a journalist to style and edit their article themselves.

So perhaps it's the traditional role of a journalist that has died, rather than the medium.

A lecturer of mine once referred to the growing phenomenon of churnalism; the publication of pre-packaged press releases and media packs without further investigation or fact-checking. Rather than the finder of news and the provider of information, time and monetary constraints have changed the role in some organisations to simply be the regurgitators of PR spin.

Attention should also be paid to the increasing role of citizen journalism. Going hand-in-hand with budget cuts, media organisations and journalists are relying more on the immediacy and 'breaking news' culture that social media provides in order to source their stories. Great in some instances, such as the Arab Spring uprisings, it can also be problematic. Once again there is minimal verification, and with the 'curated experience' that services such as Twitter and Facebook encourage, the Internet can quickly become an echo-chamber. Regardless, this new generation of journalists, armed with a smartphone and a Twitter account, are still managing to break stories, offer veracity and insight, and uncover events that would otherwise be missed or ignored by the increasingly overstretched 'traditional'' journalist.

So what am I trying to say?

I don't subscribe to the notion that journalism is dead. I think despite all of the coverage surrounding the issue, it is very much an evolving practice, with the definitions and constraints constantly being adjusted to adapt to the new socio-economic environment we live in. As budgets are cut and online content becomes more popular, what one may consider 'traditional journalism' is not so much dead as evolving. There are still journalists doing the time consuming work of fact checking, calling up sources, writing and rewriting the content, and ensuring balance is provided. The revelations from the Panama Papers perfectly encaptures that. While traditions are there to be respected guide us, I do not believe that we should fear what lay beyond them. Roles within arts, culture and media are resculpted all the time, and now, the journalism profession is simply changing to fit the reality in which it exists.

Completely off point - James Cameron has said there will be FOUR more Avatar films over the next seven years. Four. Am I the only one who thought one was enough? It's not like the first film was that substantial. Watch once, chat about it briefly with your friends, and move on with your life; like seeing someone faceplant in the snow. 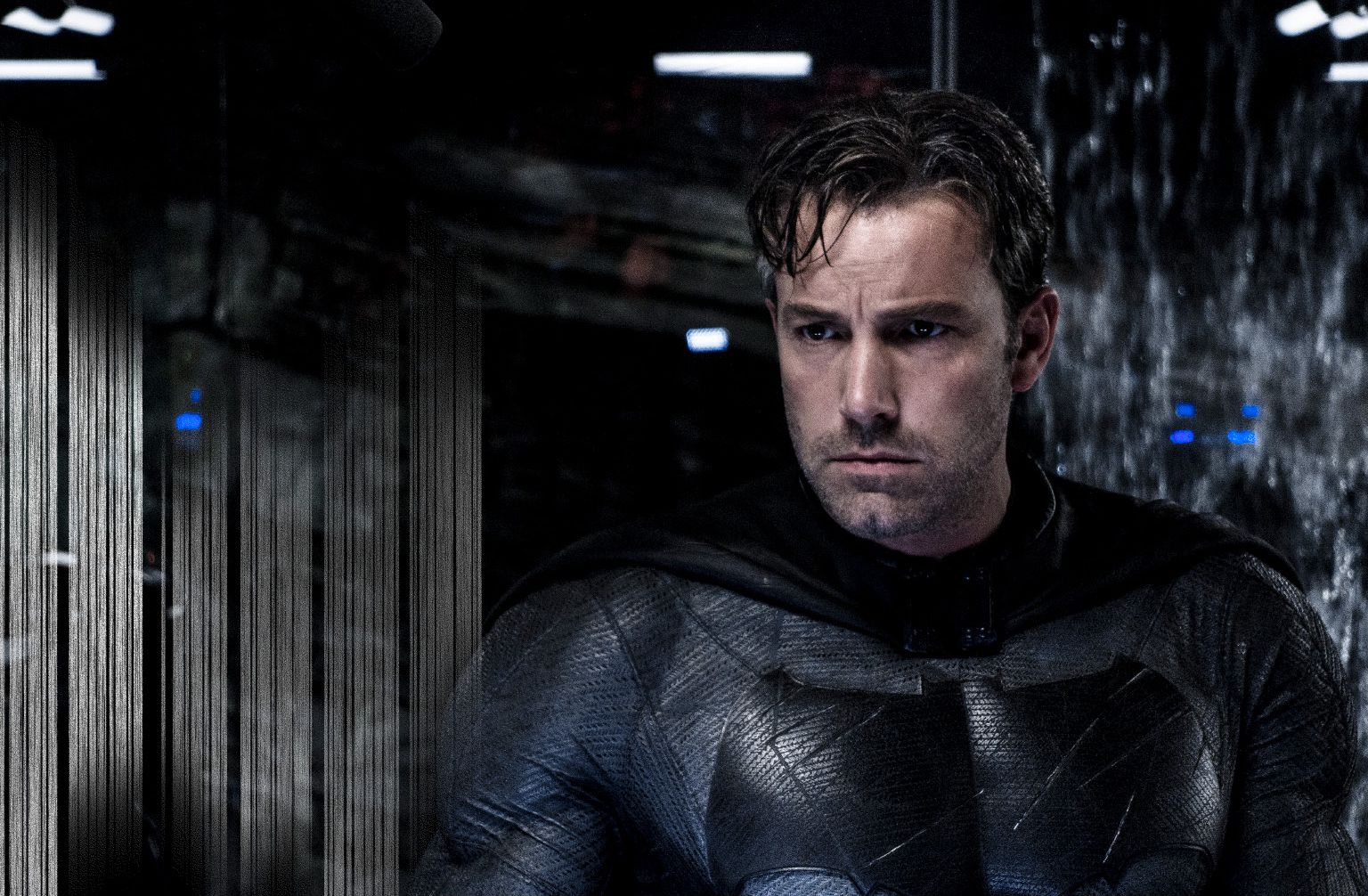 It has been rumoured and suggested quite a few times in the last couple of months, but this week it was officially announced that Ben Affleck will be writing and directing his own Batman film. Our own review of Batman V Superman praised Affleck's performance, if not much else, so it is exciting to hear that the Argo director will be given the reigns to create a more cohesive and hopefully more fulfilling film. In an interview with Will Smith, who plays Deadshot in the upcoming Suicide Squad film, it was dropped that Batman may have more than a slight cameo in the film, which I won't complain about - more Batman is always good.

Painting thought to be a lost Caravaggio found in French attic 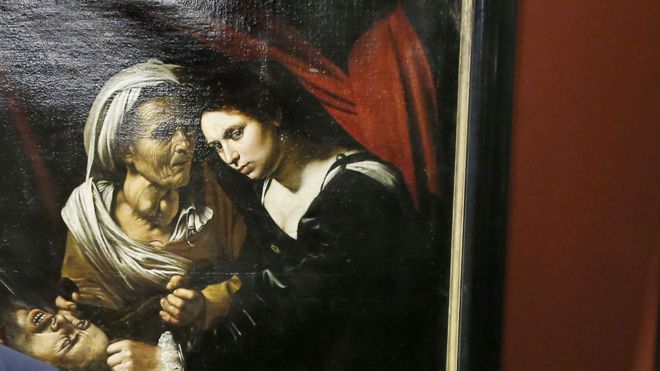 A painting by one of the European renaissance's most prolific artist lost for one hundred years has been found in a hidden part of an attic in a house near Toulouse. The owners found the locked room when investigating a leak. The phenomenal painting, if it is by Caravaggio, is thought to be worth around a staggering £100 million! It's been placed under an export ban while extensive research is done to determine whether it's legitimate. Caravaggio is famous for his graphic paintings which use innovative and striking shades and light sources. The undeniable masterpiece - be it by Caravaggio or not - depicts the beheading of Holofernes as depicted in the Book of Judith from the Apocrypha version of the Bible.

The contentious documentary aired on Wednesday night and caused a furore on the Internet. It quickly trended on both Facebook and Twitter with reactions ranging from agreement to satire to raging anger. What made interesting reading was the reaction by young British Muslim tweeters themselves who generally regarded the Trevor Phillips exploration as sensationalist and defamatory. The data from the poll upon which the doco was based shocked me especially when read in conjunction with the ensuing reactions and compared with the knowledge of the local Muslim community I, with my liberal views, have grown up with and admire. Therefore, quizzical minds headed to the methodology, where cracks were found and pried open. While at first glance varied, the communities polled were seemingly fished out for being the most conservative. Even more basically, reactions picked apart the title with the 'really' as if to tell British Muslims watching what they think and that choosing to address British Islam, as opposed to the conservative views of any other religious group, is narrow minded and asking for a backlash during a difficult social climate for Islam.

The trailer was released on Jimmy Kimmel. With it we go all guns blazing into a new realm for Marvel here. Cumberbatch is the first British actor to play a superhero in the cinematic universe and sees him in his first leading Hollywood role since the forgettable The Fifth Estate. Yes, that's true despite seeing him everywhere. Not only that, but Marvel is making a film of the first human character whose gifts come from magic - everyone else except Thor has earthly sources to their superness. The trailer also reveals a bald Tilda Swinton and Rachel McAdams in supporting roles. The visual effects look stellar and sound effects sound as good - at least craft wise shaping up to be the prettiest Marvel film yet.

Since soon after Avatar became the highest-grossing film in history, director and producer, James Cameron announced that there would be two sequels. Rumours since then have been rife about when their scripts will be finished, when they will begin production, and when they will be released as well as a third sequel. At the weekend's Las Vegas CinemaCon, Cameron announced that there will be a fourth film and that one will be released every year from 2018. Avatar, while a stunning and technologically groundbreaking film, was lambasted for the one-dimensional story. So, even though the first film will be ten years old if and when the second one is released, I'm hoping any scripts which take ten years to write will be pretty spectacular. 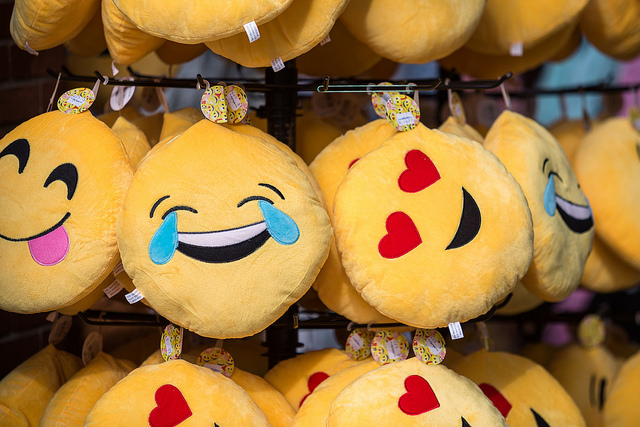 Did you want a film about emoji? No? Makes sense. Unfortunately, Sony didn't hear you, and announced this week that an emoji film is exactly what you're going to get. What's more, the emoji film will be taking place entirely inside a phone. Even more dubious is that Sony is partnering up with popular app makers. According to The Wrap, Spotify is already signed up as a partner. Now, perhaps I'm just cynical (I know I am cynical) but doe this not stink of a glorified app advert for anyone else? Or maybe they are being really clever and intend to demonstrate the new range of ethnically diverse emoji characters that are supported by Apple, and soon to be implemented by Google. Maybe. Or would that be too advanced for a quick money grab?

Let your inner child scream out in both joy and cynicism as Warner Bros announce the reboot of Scooby Doo with a live action film called S.C.O.O.B. It is expected to be released 21 September 2018. Sound bad enough? Well wait, there's more! It turns out this is just the start of what they are hoping is going to be a whole Hanna-Barbera Universe. For those of you too young to know - that includes classics like the Jetsons and the Flintstones, although these were not specifically mentioned as active projects. And did you know there is a Scooby-Doo comic?! 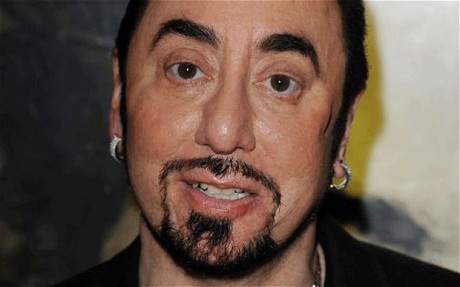 Famous for a scandalous marriage with and producing music for EGOT holder (someone who has been awarded an Emmy, Grammy, Oscar and a Tony award) Liza Minnelli, David Gest stayed in the limelight until the end, appearing on reality television including a recent stint on Celebrity Big Brother. He also had his own programme, This is David Gest in 2007 after a popular appearance on I'm A Celeb. The programme gave ITV their highest ratings for that timeslot in their history. At the height of his career he produced the Michael Jackson: 30th Anniversary TV special which broke global viewing figure records. He appeared on more than 100 programmes on British television.

The fleeting, elusive and downright unpredictable Do This section returns once more. This week it has been resurrected to draw your attention to an article written by Mark Steel in The Independent. It has been a while since I've read such a well constructed piece of satirical writing. It perfectly captures the mood over the Panama papers, and some of the double standards in both politics and in journalism. Enjoy! 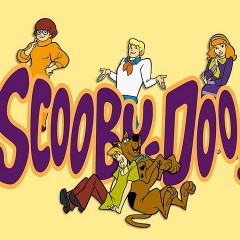