What was the last thing you looked at online? Was it private? Personal? Is it the kind of thing you would share with everybody? Would you object to strangers seeing it?

Well tough, because if our Home Secretary gets her way, privacy will be a thing of the past; left only to those who live a hermit life, under a rock. You're probably also safe if you're one of the thousands of homeless people on the street, because the Government doesn't want to know about you either. Unless you're an eyesore, or begging for money to improve your situation, in which case, here's a nice comfy cell.

Oh, and let's not forget politicians, who most esoterically amended the original proposal to add a clause that excluded the gathering of their own metadata – because we are all in this together! So we we sadly won't get to FOI the information, luckily some politicians are kind enough to make their viewing habits known through their outlandish expenses claims.

So who is calling for these snooping powers? It's not the ISP's who have repeatedly stated that there are "huge flaws"with the bill. And it's also not the public. A Government petition reached over 12,000 signatures, but was largely ignored.

So this is a Government driven idea, and it is seemingly becoming a norm in Western politics that there is a natural tussle between the interests of the Government, and the interests of the citizens. The two often want the same thing, but the approach to achieving that is dubious. How many times has a Government been forced to walk back proposals due to legal issues? And, as another point, how protected would our privacy be if our own Government weren't held to account by the European Court...

This bill seems even more ridiculous once the costs are considered. It is reported that it could cost upwards of £2bn to enact this, and it will come out of taxpayers pockets to ensure that the technology industry remains competitive abroad. Surely, given how hard up we are meant to be as a country, where we have to take money from the pockets of the most vulnerable in society, we could find better ways of spending this money? For example, the Government could make a sincere effort to keep people employed and spent 25% less than this bill to save the UK steel industry from collapsing, and 40,000 people losing their jobs.

Let's look at it another way. Do we want to trust the Government with the collection of all of our meta-data, when they have shown to be so reactionary that they deport 48,000 foreign students due to the discovery that ONE school was cheating. What next? One Muslim looks at an extremist website, and May deports them all? A man commits a violent crime and it transpires he was interested in video games, therefore they must be banned? Oh wait, we've already had that argument…

The last Ronnie has left us this week, as Ronnie Corbett died, "surrounded by his loving family". Corbett was best known for his involvement in the highly successful BBC sketch show The Two Ronnies, where he performed with Ronnie Barker. It was known that Corbett had been suffering from ill-health for a few years now, spent time in hospital with gall bladder problems in 2014.

Herself a monument to vision and breaking ground, the Iraqi-born British architect was the either or both the first female and the first British-Asian architect to reach many of the heights she soared past in a staggering career. In 2004 she was the first female to win the esteemed Pritzaker Prize for Architecture and designed the London Aquatics centre for the 2012 Olympics, the stadium for the 2022 World cup in Qatar and came second in the design stage for the Tokyo 2020 Olympic stadium. She sadly died of a heart during her time in Los Angeles. The curvaceous nature of her buildings, which is a difficult element to implement in architecture, earnt her the title 'Queen of the Curve'

A British documentary, 'Vaxxed: From Cover-Up to Catastrophe', which tries to link the vaccine for Measles, Mumps, and Rubella to autism in children, has been pulled from the famed independent film festival set up, in part, by Robert De Niro after he consulted with the scientific community about its validity. Followed its censorship, former doctor, Andrew Wakefield, shot back citing 'corporate conspiracy' and 'censoring free speech, art, and truth'. Wakefield was struck off after a paper he wrote in 1998 attempting to make the same link. The majority of the scientific community backs the move to censor. Tribeca has never pulled a film from its roster. Global festivals are only known to block propagandist films but the film's release is still to go ahead. 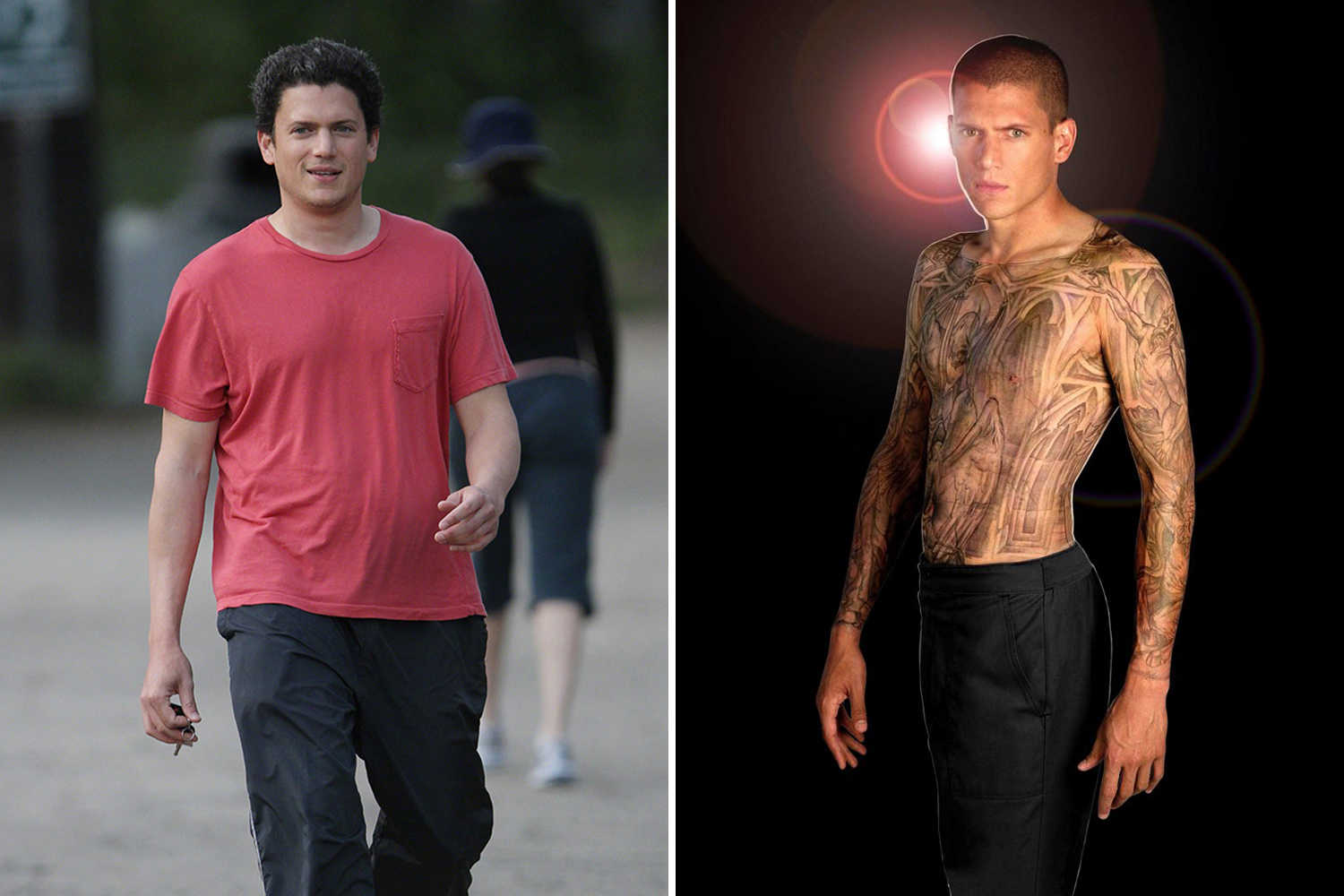 In 2010, a picture emerged of Wentworth Miller, of Prison Break fame, carrying more weight than he'd carried in the programme in which he played the sculpted lead character. This week, the image re-emerged as an internet meme mocking his weight gain. Responding directly to The LAD Bible's post of the image, the most shared manifestation of it, Miller wrote an open letter explaining how declining mental health led to his weight gain. In the post, he spoke of his distaste over the mockery and how having food as his vice while tackling depression was positive when you consider it could've easily been drugs or violence. The eye-opening explanation has eclipsed the original post and provides a much needed motivation for open-mindedness on the internet. The LB posted a public apology.

The success with Deadpool is particularly gratifying, as it has become the highest grossing R rated film in America (what we would call 'rated 17'), grossing $800 million to date, despite the meager budget Fox allocated it. Zootopia, the highest grossing non-Pixar Disney animation so far, trails just behind at around $750 million. Both films are very likely to cross the $1 billion mark which will give them both yet another record. Zootopia's reviews were blistering for promoting themes of tolerance and feminism to children with a humanless setting. Deadpool's reviews were equally blistering for marking a new wave of comic book-inspired films targeted at adults and with adult themes and humour. And to top it off, the two signify 2016's only additions so far to IMDb's lauded list of Top 250 films in history.

There is a new trailer for the Alice in Wonderland sequel, Alice Through The Looking Glass with James Bobin taking over from the tentative hands of Tim Burton who directed the first one. Joining the second affray in Underland under Bobin's wing is Sacha Baron Cohen who plays Time and Rhys Ifans as the Mad Hatter's dad. Mia Wasikowska, Johnny Depp, Timothy Spall, Matt Lucas, Helena Bonham Carter, Anne Hathaway and the late Alan Rickman return in what looks like a worthily quirky follow-up to the acclaimed 2010 film. In a surprise but actually excellent move, Pink (remember her?), is to cover Jefferson Airplane's 1967 song White Rabbit which was inspired by the original story and film. She will also pen original music for the soundtrack. Her versatile quasi-rock voice lends a quality worth covering the iconic song.

BBC drama Wolf Hall leads the list with four nominations including Best Drama Series and Best Actor. This Is England '90 garners three including Best Mini-Series and Best Actor. X Factor is shunned from the list for Best Entertainment Programme where, oddly, Adele: Live At The BBC is, giving Adele her first BAFTA nomination (if you're wondering about Skyfall, BAFTA film doesn't have an award for Best Original Song, like the Oscars). Also missing is Alan Carr for Best Entertainment Performance for Chatty Man. Debut comedy by Michaela Coel, Chewing Gum, is nominated twice and Peter Kay's Car Share, thrice. The Paris attack and refugee crisis populate Best News Programming. Names you expected are Doctor Foster, Sir Ian McKellan, Poldark, The Great British Bake Off, Luther and Idris Elba, Humans, Attenborough's The Hunt, and Making A Murderer.

The Independent goes online only

The Independent is the first national newspaper to move to a digital only distribution method. Last Saturday saw the paper (can it be called a paper now?) print its last edition, before moving completely to online news delivery. In the last 12 months, the Independent website say 33% growth, making it the fastest growing newspaper site in the UK. The parent company, ESI Media decided the gamble in an online only future for the company, and ceased printing. The i newspaper was also sold to Johnston Press.

Harrison Ford has put the jacket he wore when he reprised his iconic role as Han Solo up for auction. The actor is putting the signed jacket up auction to raise money for the NYU Langone Center, which helps people who suffer from epilepsy. His own daughter, 25 year old Georgia Ford, suffers from epilepsy. Bidding is currently starting at $18,000, and is only going to go up! I imagine he doesn't have a bad feeling about this!

Man arrested for failing to return a VHS rental… 14 years ago!

A man in North Carolina was arrested this week after it was discovered that there was an outstanding warrant… for failing to return a rented VHS, 14 years ago! James Meyers was pulled over while driving his daughter to school for having a broken taillight, and it was then that the outstanding warrant was found. The VHS in question was Freddy Got Fingered, a Tom Green film widely regarded as the worst comedy of all time. It currently has 11% rating on Rotten Tomatoes. Tom Green has offered to pay any charges relating to the arrest.

The BBC have released the first look at what Top Gear will be like under the direction of Chris Evans. Car fans are not likely to be disappointed, with a Ferrari, a McLaren and an Aston Martin all being put to their paces. There was also three-wheelers, and Chris Evans being sick after taking a spin with German racer Sabine Schmitz. However, the YouTube video has 4 thousand more dislikes than likes, so it would seem some Top Gear fans are still unhappy about the departure of the previous trio. 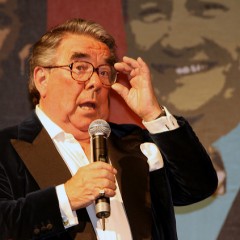