In a shock announcement this morning, Prime Minister David Cameron announced his plan to leave politics with immediate effect, to pursue a career as a rap musician.

The 49 year old Conservative leader made the announcement outside Number 10 shortly before 8am. Dressed uncharacteristically casually in jeans and a Led Zeppelin t-shirt, Mr Cameron spoke about the increasing pressures of being a politician and challenged the idea that he was out of touch with the general public.

The Prime Minister called out his once friend Boris Johnson too. It has been suggested that relations between the two have been strained since the Mayor of London announced his intention to campaign for the UK to leave the EU.

''Boris Johnson has made a name for himself playing the fool and entertaining the public. I don't see why I can't do the same."

Kanye West has already tweeted his displeasure at new competition in the industry - although it is not known whether or not he just got out the wrong side of the bed.

Other influential rappers were more positive. Tidal owner Jay-Z is alleged to already be planning a collaboration, and Vanilla Ice was seen flying into London late last night. Could it be that Cameron is planning on kickstarting his own career by reviving a one hit wonder's?

Since the announcement, images of Cameron wearing Beat headphones on his way to Lanzarote last week have been circling, suggesting that perhaps his career change has been in the works for a while. Dr Dre was not available for comment on any potential sponsorship deals.

Of course, the question now is when there will be a Conservative leadership election to find Mr Cameron's replacement. He had an answer to this too:

"Let's wait until next week to start worrying about that. The country will cope without a Prime Minister for a couple of days. The first of April is traditionally never a time for serious matters."

Header image from The Sun 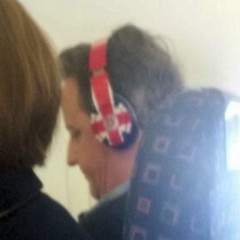 BREAKING: David Cameron to resign to pursue career in music