I have spent a lot of time this week thinking about university.

For those of you who didn't know, I have a degree in Politics, and am currently studying a journalism MA with an NCTJ diploma. I was the first year of students to have to pay £9000 a year, and my MA course is advertised at £8300. On top of these staggering numbers is the cost of living. This year, my accommodation is £132.50 a week. For second and third year I was in two bedroom apartments, costing £925 and £1200 a month respectively.

To look at these numbers on their own will almost certainly make you stare, open mouthed. And if not, I'm envious! But while these numbers are constantly hanging over my head, and the knowledge that there is an expectation that I pay this back, the actual financial gravity doesn't feel grounded in reality. They are just numbers.

The actual cost of the education I have been fortunate enough to receive rarely plays a part in my everyday consciousness. I don't know whether or not this is a good thing though. In some ways it is nice to be able to continue my life without constantly worrying about this extraordinary amount of debt I have 'learned' my way into, yet at the same time, I do question whether or not it is simply resignation, as if we as a generation are preconditioned into accepted that there will be debt incurred in life, so just accept it and carry on.

Despite the failure to link debt and reality, I cannot help but feel angered by the news that universities are in £1.8bn in surplus as a result of our fees. It feels like the start of privatisation. Rather than universities existing to deliver education to all who want to learn, and creating the next generation of global innovators, we instead will sleepwalk (a much loved political term) into a actuality where universities are simply profit driven businesses. Already we are beginning to see that being implemented in certain universities, who are forcing departments to be more financially autonomous, and be self sustaining.

Is this the future we want? An education sector which only dedicates resources to the most financially sustainable and 'valuable' subjects? The cynic in me would argue that this is once again an underhand attack on arts based subjects. It would be in line with the current Government dogma. They have already scrapped maintenance grants, and the NHS bursaries, further raising the ladder to people from less well off families and undermined the security of our national health service.

Education is not a business. Universities are not profit centres. Students are not cash cows. We are the generation who have been cut out of wealth, lumbered with debt, and held responsible for financial mistakes that were not ours. And soon we may even see our freedom to study our passion revoked. The cost of investing in our future priced too high for some, or too unprofitable for a system that failed us.

The only thing that is unsustainable is this toxic attitude towards academia.

Legendary producer Sir George Martin (not that one) died at the age of 90 this Tuesday. In case you didn't know, he was the man who helped the Beatles become the icons they are today, by producing all of their records from their pop-rock days to the psychedelic Sergeant Pepper. Of course he wasn't just a Beatles man - he produced over 700 records in almost 50 years, with artists such as Oasis, Cilla Black, and Dame Shirley Bassey. And like the Beatles, he revolutionised modern music.

Zoe Saldana, star of Avatar and Guardians of the Galaxy, has found herself embroiled into the issue for being too light-skinned and not striking enough of a resemblance with Simone herself. Saldana is of African, Dominican, and Puerto Rican descent. The biopic about the musician-cum-Black Civil Rights activist has released the first image of Saldana with darkened skin and wider prosthetic nose. Defence of her casting is based on the basic fact that Saldana is black, and proudly so. Critics say that light-skinned actors of colour are treated better than darker counterparts and that Nina Simone's ethnic image was important to her and casting someone who doesn't naturally look like her is an insult.

Daisy Ridley reportedly under consideration to be new Lara Croft

The Lara Croft franchise is to see a reboot in the form of a new film which will see someone new step in the shoes of Angelina Jolie's Marmite character from the turn of the millennium. Jolie's character was highly successful despite her Croft being a step away from the character made famous by the original video games. This hasn't stopped web critics complaining that Ridley would be too far removed from this generation's gamer's Croft. However, her popularity from playing protagonist, Rey, in Star Wars: The Force Awakens has led to some thinking she's talented enough to give the chance.

The hype is real! I remember watching the first Captain America film and being pretty indifferent to it. The second one blew everything out of the water in terms of action though. It made Captain America a total badass. Now, it looks like Marvel are ready to get tear the universe they created in two, Captain America: Civil War. What's even more exciting is that they actually made a licensing agreement with Sony to have Spider-man feature in the film, which is SO. DAMN. COOL. He was a crucial part to the civil war comic arc, and even if his suit looks a bit… questionable, his presence is an amazing glimpse at Marvel's film strategy for the next few years.

The man responsible for perhaps the most macho fiction stories in recent history, Irvine Welsh, has written an article for ShortList magazine in which he analyses the role of the working-class hardman. The hardman's character is prominent in his books Trainspotting, Filth, and his upcoming novel, The Blade Artist. It also reveals details and tribulations which came with adapting a stage version of the infallible Trainspotting for the US. A fascinating read by one of today's most fascinating British writers.

Sir Ken Adam has died at the staggering age and left behind a revolutionary body of some of cinema history's most elaborate sets. Production design in film and television is oft-ignored by the masses and, yet, is a ferocious competitive part of the industry. After fleeing Germany during the war, Adam grew up to design some magnificent sets for, namely, Stanley Kubrick's films and the James Bond films as part of a career spanning fifty years. He has won two Oscars, two BAFTAs, and the Art Directors Guild Lifetime Achievement Award.

Do you remember Yahoo? Does anybody? What could once have been bigger than Google has essentially become an irrelevant relic of an era of web that is now forgotten. Even the purchasing of angst-central Tumblr did nothing to increase their market appeal. But before this, Yahoo purchased Flickr, and then neglected it. For a while it seemed like they were making a comeback, offering 1TB of photo storage, redesigned mobile apps, and automatic desktop uploading. Now they are taking the auto-uploading feature away from free users. That feels like a move backwards when competitors like Google Photos allows unlimited (16MP) photo storage for free. Good job, Yahoo, you've done it again!

Rick and Morty coming back this year

I was a latecomer to Rick & Morty, but when I finally got around to watching it, I couldn't get enough. I was sad to see that there were only 2 series, but it seems like I won't be waiting much longer. At a panel in Comic Con, Florida, it was revealed that the third series is on target for airing at the end of 2016, and will have 14 episodes. Season one had 11 episodes, while the second season had just 10.

The Harry Potter author has come under fire this week for incorporating Native American beliefs into her fictitious world of wizards and witches. Rowling suggested that the "skin walkers" - which is a Navajo term for those who can turn into animals - are the same as Animagi, which is the author's term for magical folk who do the same thing. Critics have viewed it as trivialising the beliefs of an already marginalised group.

Winter may be leaving Britain (although you're forgiven for thinking otherwise…) it is still coming to the fictitious land of Westeros, and HBO have released a trailer showing us some of what is going down this time around. It goes without saying that if you haven't caught up with prior seasons yet, then this is not something you want to be watching, as it does give audio clues to events that happened before. The new series launches on 24th April.

Stick Man, a BBC Christmas-themed film has been awarded best sound and voice performance. Other winners include Shaun The Sheep: The Movie, an offshoot of Wallace and Gromit, originally being hosted on TV; The Amazing World of Gumball, a children's show on Cartoon Network and many more. The awards cover lots of things, some of which I was surprised at, such as their Best Film/TV Graphics category.

Do This! is back again because I've actually found something really cool, none city specific, and educational!

Google this week released a set of 12 interactive music making webapps, teaching children the basics of musical concepts, such as chords and rhythm, to more complicated things such as arpeggio, spectrograms and oscillators. It's really cool, and while it might not introduce something new to the more advanced music players, it has successfully kept me distracted from revision for longer than I care to admit.

The project was released as part of Music In Our Schools Month, which is a project in America to increase high quality music education programs in schools.

Luke, Sally and Bhavesh contributed to this report 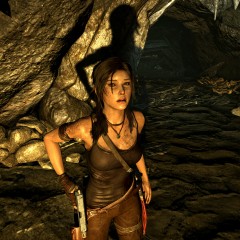