The Home Office was responsible for the devastating impacts of the Windrush scandal but now that the compensation scheme for those affected has failed, MPs claim that the responsibility should be moved elsewhere.

A report from MPs claims that the Home Office should not face responsibility for the failure of the Windrush compensation scheme, and that the scheme should instead be run by an independent organisation. The Windrush scandal became public around four years ago, and yet the majority of those who have applied for compensation have still not received a single payment.

The report was carried out by the Home Affairs Committee and was supposed to address the injustices that the Windrush generation has faced. The Windrush generation refers to people who arrived to live in the UK between 1948 and 1971 from Caribbean countries. Campaigns from the British government had been set up to encourage emigration from the Caribbean to the UK. As residents of British colonies, those arriving had a legal right to enter the UK and did not need or receive documents of confirmation and were granted indefinite leave to remain as of 1971.

However, in 2012 the UK Home Office began its hostile environment policy, an act that was intended to make staying in the UK as difficult as possible for people who had not officially been granted leave to remain. Despite the indefinite leave to remain granted to the Windrush generation in 1971, documents to prove this had not been granted alongside, meaning that they were unable to officially prove their right to remain in the UK.

Thousands of people from that generation were denied the right to healthcare, housing, and the right to work or were detained and deported. The hostile environment policy had coincided with a sharp increase in Home Office fees for processing applications for leave to remain, naturalisation, and registration of citizenship. The BBC reported that the Home Office made a profit of £800 million from these services and other nationality services between 2011 and 2017.

The Home Office had received warnings as early as 2013 that the Windrush generation was being unfairly targeted by the policy. The scandal was brought to parliament in 2018 and the compensation scheme was launched in 2019. The recent report on this scheme, conducted by a cross-party committee of MPs, has concluded that the scheme has become another point of hurt and trauma for the Windrush generation, describing a "litany of flaws" in its design and its implementation.

The report has found that claimants to the scheme face further stress due to staff shortages and long delays, and that claimants are, understandably, “still too fearful of the Home Office to apply". The scheme also reportedly contains much of the same bureaucratic missteps that caused the original Windrush scandal, and that the Home Office failed to act quickly enough in building trust on regional and community levels.

However, instead of recommending that the Home Office renew efforts to build trust and prove their commitment to compensating the Windrush generation by restructuring and improving the scheme, the committee has instead advised that the scheme be taken over by an "independent organisation" in order to "increase trust and encourage more applicants".

By September 2021, of the estimated 15,000 eligible claimants only one in five had applied to the scheme, and of that number, only a quarter had actually received any form of compensation. It was also noted that 23 individuals had died before they were able to receive compensation.

Changes were made to the scheme in December 2020 in an attempt to speed up payments, but the report says that this was " long overdue" and did not do enough to meaningfully improve the scheme. Chairwoman of the scheme Yvette Cooper said: "It is truly shocking how few people have received any compensation for the hardship they endured at the hands of the Home Office”.

"Urgent action is needed to get compensation to those who have been so badly wronged. It is staggering, given the failures of the Windrush scandal, that the Home Office has allowed some of the same problems to affect the Windrush Compensation Scheme too."

In response to this news a survivor of the Windrush scandal, Johnny Samuels, told BBC Breakfast about his experience. "After 55 years in the UK, working and doing positive good, then the Home Office letter [arrived] telling me I'm an illegal immigrant and giving me six weeks to leave the country", he said.

He condemned the Home Office’s actions, asking how committed they really were to compensating Windrush victims. "It really makes you wonder, is this carrot real, is it going to happen before we're put into the grave, and I think that sometimes that is what the Home Office is waiting for." However he stated that they would keep "fighting until our last breath", noting that "justice delayed is not going to be justice denied". 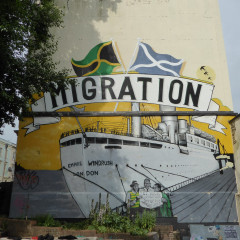 The Home Office was responsible for the devastating impacts of the Windrush scandal but now that the compensation scheme for those affected has failed, MPs claim that the responsibility should be moved elsewhere.