British citizenship could be stripped from individuals without warning under a new clause added to the nationality and borders bill earlier this month. The clause – Clause 9, “Notice of decision to deprive a person of citizenship” – would allow citizenship to be stripped for a variety of reasons, which many worry will allow for mistreatment of the bill.

Clause 9 means that the government would be exempt from giving notice ahead of removing citizenship status if it is deemed “reasonably practicable”, or is deemed necessary for diplomatic relations, national security, or other reasons supposed to be in the public’s interest. The Home Office was given the ability to strip British nationals of their citizenship in 2005 after the London bombings. With Theresa May’s appointment as home secretary in 2010, instances of this increased, and the powers themselves were bolstered in 2014.

In 2018 the requirement to give notice was weakened when the Home Office was given powers to give notice by adding a copy of it to a person’s file as long as their whereabouts were unknown. This new bill will mean that in various cases, notice will not have to be given at all, and could even be applied retroactively, possibly affecting a person’s ability to appeal the decision, even if their citizenship was stripped before the bill is passed.

The news has understandably brought about much criticism. Vice chair of the Institute of Race Relations Frances Webber has argued that “this amendment sends the message that certain citizens, despite being born and brought up in the UK and having no other home, remain migrants in this country. Their citizenship, and therefore all their rights, are precarious and contingent.

“It builds on previous measures to strip British-born dual nationals (who are mostly from ethnic minorities) of citizenship and to do it while they are abroad, measures used mainly against British Muslims. It unapologetically flouts international human rights obligations and basic norms of fairness.”

Director of Reprieve Maya Foa has said: “This clause would give Priti Patel unprecedented power to remove your citizenship in secret, without even having to tell you, and effectively deny you an appeal. Under this regime, a person accused of speeding would be afforded more rights than someone at risk of being deprived of their British nationality. This once again shows how little regard this government has for the rule of law.

“The US government has condemned citizenship-stripping as a dangerous denial of responsibility for your own nationals. Ministers should listen to our closest security ally rather than doubling down on this deeply misguided and morally abhorrent policy.”

The Home Office has claimed that “British citizenship is a privilege, not a right. Deprivation of citizenship on conducive grounds is rightly reserved for those who pose a threat to the UK or whose conduct involves very high harm. The nationality and borders bill will amend the law so citizenship can be deprived where it is not practicable to give notice, for example if there is no way of communicating with the person.”

However, this is not the only aspect of the nationality and borders bill that has caused controversy. Other features that have drawn heavy criticism include UK Border Force guards being potentially granted immunity if they cause the deaths of migrants attempting to reach the UK, claims being instantly deemed inadmissible if claimants arrive in the UK via an illegal route, and criminalising both claimants and anyone attempting to save their lives. 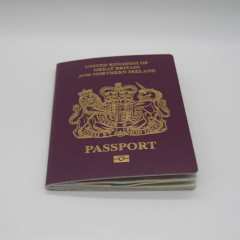