The BBC has quit LGBTQ+ charity Stonewall’s diversity programme, saying that it doesn’t wish to have any “perceived bias” when covering transgender issues. However, some have questioned why supporting the human rights of transgender people is considered a controversial choice by the broadcasting company.

The BBC announced that it was ending its membership to Stonewall’s Diversity Champions programme, which gives advice and assessments on the inclusivity and equality of organisations’ workplaces. BBC director general Tim Davie said that the company’s involvement with the charity “has led some organisations and individuals to consider that the BBC cannot be impartial when reporting on public policy debates where Stonewall is taking an active, campaigning, role”.

Davie acknowledged that the BBC’s journalism had not actually been affected by its ties to Stonewall yet still claimed that there was a need to cut ties with the charity. “While I do not think that our journalism has been influenced by our involvement in the Diversity Champions programme, not renewing our involvement is the correct move at this time to minimise the risk of perceived bias and avoid any perception that engagement with the programme is influencing our own decision-making”, he said.

In an official statement regarding the BBC’s decision, Stonewall questioned why the BBC was happy to leave its LGBTQ+ employees high and dry for the sake of its image. “This news comes in the wake of organised attacks on workplace inclusion that extend far beyond the Diversity Champions programme. It is shocking that organisations are being pressured into rolling back support for LGBTQ+ employees'', the statement reads.

The statement continues: “LGBTQ+ people deserve to feel safe and respected at work, and the human impact of these attacks can’t be underestimated.” It also highlights the severity and hypocrisy of the media’s current treatment of the trans community, especially in contrast to its supposed support of other members of the LGBTQ+ community.

“Many of the arguments against trans people today are simply recycled homophobia from the 80s and 90s. We all remember being told gay people were predators and lesbians were a threat in single-sex spaces. That wasn’t true of lesbians, bi and gay people then, and it isn’t true of trans people now.”

Trade union Bectu which is the largest union at the BBC have also expressed their disappointment at the BBC’s decision. Head of Bectu Phillipa Childs said that although Bectu believed in “editorial impartiality […] Equally important are the hard-won rights of under-represented workers to campaign for representation and media diversity. Independent, impartial news along with freedom of expression and employment rights are all integral parts of a modern, liberal democracy of which the BBC and other broadcasters play a critical part.”

She continued: “we will be raising our concerns at the highest level. We are especially concerned that this decision will be incredibly damaging to the morale of the LGBT+ workforce and will negatively impact the BBC’s ability to attract talent in the future.”

The BBC’s decision comes after several complaints were made about an article that the BBC were forced to edit that claimed that lesbian women being pressured into sex by transgender women was a prominent issue. The BBC received thousands of complaints that pointed out the transphobia and biased journalism present in the piece, which was presented as news despite relying almost entirely on unsubstantiated anecdotes and an unreliable survey, which did not comply with the BBC’s own guidelines.

Cade made the transphobic remarks on her website, which has been down since Wednesday, where she called for the “lynching” of several prominent trans women and referred to trans women as “vile, weak and disgusting”.

In reference to Cade’s alleged sexual misconduct, the BBC admitted: “We acknowledge that an admission of inappropriate behaviour by the same contributor should have been included in the original article.” Many have questioned why someone known as an alleged sex offender was considered a reliable source in an article accusing an entire marginalised community of being sexual offenders.

In response to the article, director of legal and policy for Mermaids, Lui Asquith, questioned just how impartial the BBC really is, saying: “This article contributes to the irrational fearmongering aimed at trans women, who have been relentlessly and systematically targeted by the media in recent years. We should all expect better of our national broadcaster”. 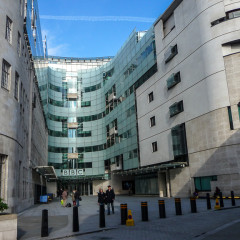