Rappers Travis Scott and Drake are facing a lawsuit outlining “incited mayhem”, after eight people died and dozens were seriously injured after a crowd-crush incident at Scott’s Astroworld festival in Houston, Texas.

Law firm Thomas J Henry Law tweeted a story that was published by the Daily Mail that confirms a lawsuit has been filed, it is one of the first lawsuits in Travis Scott’s Astroworld festival tragedy – and more are expected to come. Kristian Peredes is the first plaintiff to file a suit against the rappers and the ticketing company Live Nation Entertainment, and was one of those “seriously injured” at the event which took place on 5 November. Another lawsuit against the rappers has been filed by Manuel Souza, who was also injured in the crush, claiming that responsibility should be put on the musicians and the event organisers.

Scott published a tweet on Saturday, saying he was “absolutely devastated by what took place”, and sait that he would work “together with the Houston community to heal and support the families in need”.

There were around 50,000 people who attended the Astroworld festival last weekend, which was held at NRG Park in Houston. As soon as Scott hit the stage, there was a large push forward from fans in the crowd, which caused the chaotic scenes. The tragedy could be equated to Sheffield’s Hillsborough disaster in 1989, where a similar crush caused the deaths of 97 football fans. It has been said that the worst of the pushing seemingly started at around 9:30 PM, however the show itself did not stop until 10:15, after Scott’s set had ended.

Paredes has said that he “felt an immediate push”, when standing at the front of the general admission area, as soon as Scott started to perform. He mentioned, “the crowd became chaotic and a stampede began. Many begged security guards hired by Live Nation Entertainment for help, but were ignored.”

The lawsuit claims that Scott “had incited mayhem and chaos at prior events”, and that “defendants knew or should have known of [Scott’s] prior conduct”. Drake also performed on the stage at the time, and he is also held responsible by some for the surge in pushing, which inevitably contributed to the issue. Paredes' complaint mentions: “As Drake came onstage alongside Travis Scott he helped incite the crowd, even though he knew of Travis Scott’s prior conduct.” The complaint also states that Scott continued to perform, even as the “crowd became out of control”.

Details of fatalities have emerged, and 16-year-old fan Brianna Rodriguez was among them. Also present was 27-year-old Danish Baig, who reportedly died whilst trying to save his fiancee. 23-year-old Rudy Pena and University student Franco Patino and his friend Jacob Jurinek, both 21, also tragically lost their lives.

Scott reportedly stopped the show multiple times during his performance due to the chaos, but still continued to play his entire set. Texas authorities have started a criminal investigation into the event, which will involve narcotics and homicide detectives, as stated by Houston police chief Troy Finner on Saturday. Houston’s mayor, Sylvester Turner, has said that they will be looking into video evidence taken at the festival, and will talk to witnesses, concert organisers and those who were hospitalised. Turner mentioned that the age ranges of those killed were between 14 and 27, with one person’s age yet to be known. The incident saw 25 hospitalised and over 300 people with minor injuries that were treated at the scene. 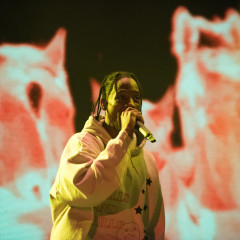