A discussion of the role intergovernmental organisations must play in the coming years to help tackle climate change.

Prince Jaime de Bourbon de Parme of the Netherlands moderated this conversation between several representatives of public organisations, including:

Also present was a youth delegate from Uganda, and although not an official panelist, Prince Jaime invited him as a way to ensure youth voices were represented at the talk. 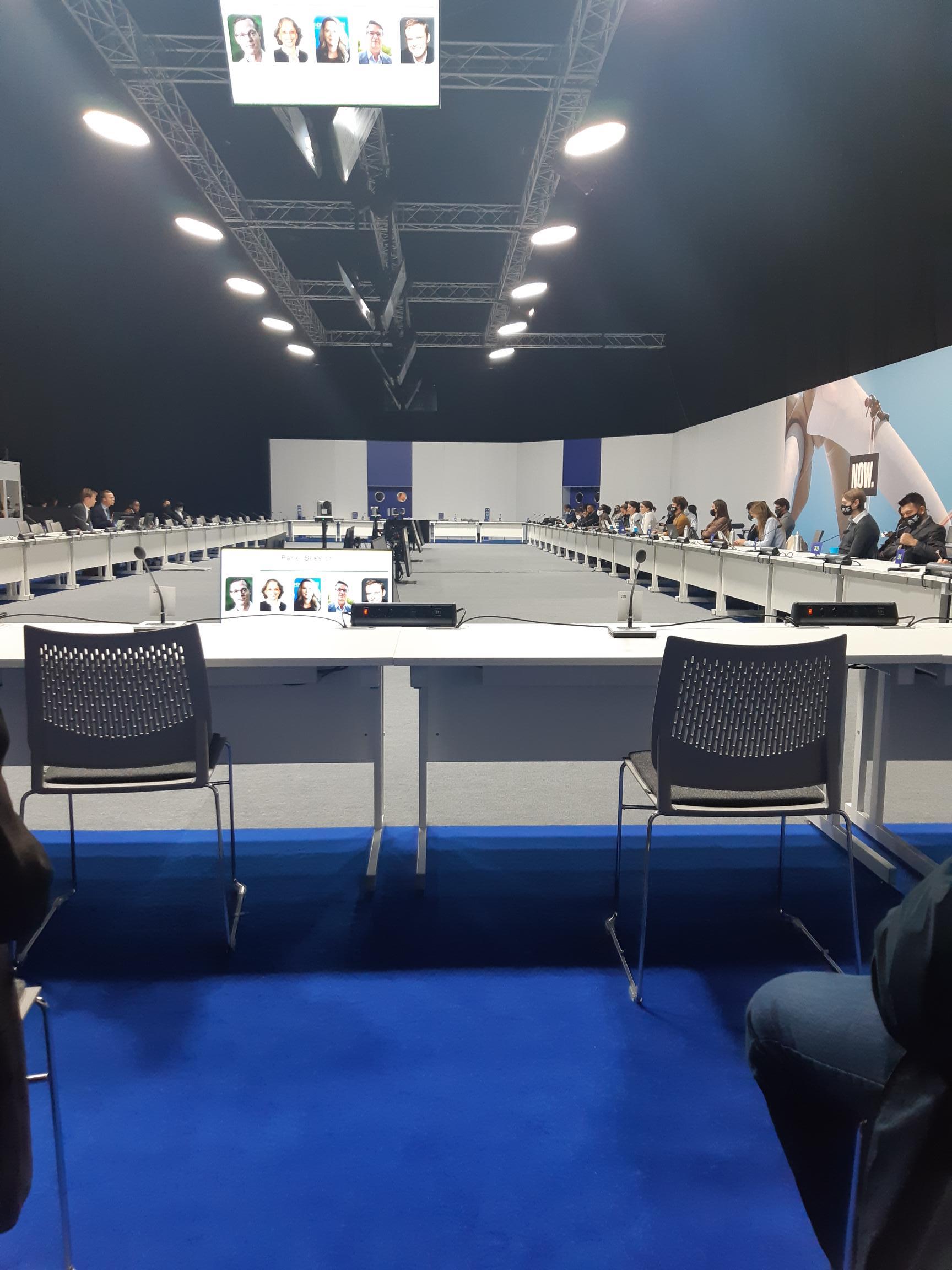 The central goal was to lay out the importance of cooperation between IGOs (Intergovernmental Organisations) on the issue of climate change. Fohgrub began the conversation with a description of the difficulties encountered by humanitarian organisations seeking to refine their green initiatives. He explained that the most common form of fuel used in refugee camps is firewood, which generates high carbon emissions and has a direct negative impact on the health of those who inhale the smoke. According to him, the UN provides 11,400 generators to refugee camps. These generators are infamously inefficient, both cost-wise and energy-wise. He stressed the importance of moving away from their usage, but metered this with a sobering statement of statistics; 90% of displaced communities do not have electricity. Removing generators without a proper alternative could be devastating.

Speaking for the UN, Marras laid out plans to reduce the organisation's emissions by 45% over the course of the decade. She explained that whilst the covid pandemic saw their emissions fall due to an absence of travelling, the rate was only 25%, still far from their ultimate goal. She went on to highlight the importance of "walking the walk", explaining that by taking climate action themselves, the UN will be in a position to further promote action in their host countries.

The youth delegate spoke up at this point, drawing attention to concerns in Uganda that they may have to host their own people as climate refugees. He explained the importance of involving developing countries in climate talks. He asked the panelists to explain how they will improve this form of inclusivity. Pope responded by detailing the ways her organisation helps those from developing countries, although this answer seemed to prioritise assistance over involvement.

The Q&A led to some interesting queries levied against Mayock. When asked about how the US military seeks to mitigate its carbon emissions — according to the questioner, if the department of defense represented a country it would be one of the biggest polluters in the world — he talked about a variety of non-specific initiatives the military has taken, including an allusion to ensuring suppliers comply with climate regulations.

This lack of specificity from Mayock continued when asked by a Dutch youth delegate whether or not he can provide a timeframe for the US government's climate action plans. He said he was not at liberty to say, but repeated Biden's words that this will be the "decade of action".

Although plenty of issues were raised, not a whole lot of solutions were given. Cooperation and guidance were said to be the most important steps. The most substantial idea came from Marras, who laid out a plan for the local procurement of resources. She emphasised the need to engage with local resources, rather than focusing on transporting supplies from elsewhere. Of all climate action, decisions that impact displaced communities must be taken with extreme care. Perhaps this is why direct commitments are so difficult to pin down. 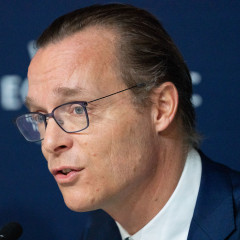 A discussion of the role intergovernmental organisations must play in the coming years to help tackle climate change.