120 world leaders have descended upon Glasgow this week for a two day summit  that will see some of the most important meetings of all time. On the agenda will be the global aims for every country to be cutting their emissions and lowering the rises in temperature to below 1.5C.

When speaking to Sky News yesterday, Sharma stated: "My message to them is very clear, leave the ghosts of the past behind you and let's focus on the future and unite around this one issue that we know matters to all of us, which is protecting our precious planet." Following the summit, there will be another two weeks of “detailed negotiations” between the world leaders. Sharma has said that without a deal, “the future is really quite unimaginable”.

Sharma said: "This is a chance for all these countries to show leadership, this is the point where they have to stand up and be counted." Sharma was asked by Trevor Phillips about his thoughts on the president of China, Xi Jinping and Russian president Vladimir Putin seemingly snubbing the summit. When asked whether he expected more from the two largest countries in the world, he said: "I want more out of every country. But I think the point is we have made progress and then we're going to have to take stock on where there is a gap between where the commitments are and where we need to be." He added, "Both announced net zero targets for the middle of the century”.

China recently published a new set of climate goals that seemingly didn’t substantially shift the country’s position from the targets they announced previously. According to Chinese state media, President Xi has reportedly told the leaders that it was on richer countries to bear responsibility for the planet’s climate issue, and it is down to them to cut emissions faster. China is the largest polluting country worldwide, it also has the largest population.

Putin attended the G20 Summit in Rome via video conference, and stated that Russia were still holding up their commitments to climate change, saying: "Russia, like other countries, is experiencing — actually experiencing — the negative bearing of global warming, and here is why: We are faced with desertification and soil erosion, and we are especially worried about the thawing of the permafrost, which accounts for a significant part of Russia’s territory,”

“Naturally, our country is vigorously participating and taking the lead in international climate mitigation and stabilization efforts, we faithfully comply with all our obligations under the U.N. Framework Convention on Climate Change and the Paris Agreement”.

Saudi Arabia has announced measures to cut their carbon emissions, but critics have said that their movements have been but a distraction whilst the country still uses fossil fuels to propel its economy. In Saudi initiatives, they aim to reach net zero carbon emissions by 2060, ten years later than what was proposed to the world by scientists. CEO Amin Nassar, of Saudi oil company Aramco, has said: “Demonising the hydrocarbon industry is not going to help anyone, decarbonising the economy is not going to help anyone.”

The Saudis have been accused of “greenwashing” by skeptics, who claim that they are saying to the world that they will make efforts to lower emissions, whilst actually doing the opposite. Yara M Asi, at Arab Centre Washington DC has said: “This is a convenient move if a state is not willing to significantly curtail the amount of carbon they produce, but want the benefits of claiming they are reducing carbon emissions,”

“Ultimately, these kinds of initiatives produce a good headline for a state or entity while allowing them to avoid dealing with the root causes of climate change and their carbon emissions, which would require a fundamental rethinking of how we build our world and how we power what we build”.

President Biden of the United States has aired his disappointment in Russia, China, and Saudi Arabia’s lack of action, he said: “More has to be done, but it’s going to require us to continue to focus on what China’s not doing, what Russia’s not doing and what Saudi Arabia is not doing”.

Following the news of Chinese, Russian and Saudi Arabian leaders dropping out of or adjusting their promises to COP26, UK prime minister Boris Johnson has stated that leaders need to move from “aspiration to action” regarding global warming. He has said that he believes the odds for success at COP26 look more dire than before, saying the chance was at “about six out of 10, it's nip and tuck, it's touch and go". Pessimistically, he added that he doesn’t believe the world will reach scientist’s recommended goals, "currently, let's be in no doubt, we are not going to hit it and we have to be honest with ourselves," he said, "So we've got to keep that hope alive." 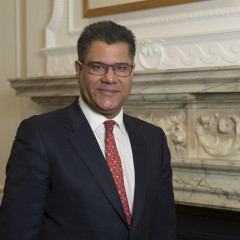 Alok Sharma and PM want more out of countries at COP26, after China and Russia back away