"Robust, accurate journalism needs to come from newsrooms which contain a range of experiences and perspectives." 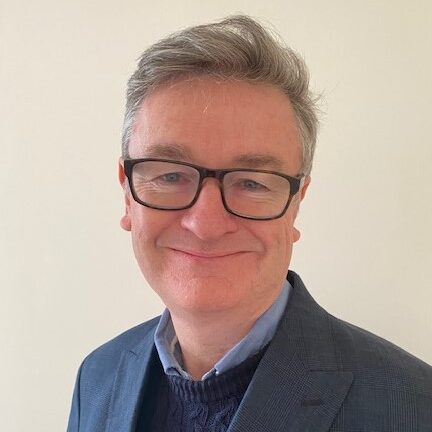 I’m the Chief Executive of the John Schofield Trust, a media charity that works hard to diversify the world of journalism. Before I joined the Trust I worked as a journalist for many years, most recently as a broadcaster and producer with the BBC in the UK and US.

Can you tell us about the John Schofield Trust?

John Schofield was a journalist who was killed in 1995 while covering the Civil War in Yugoslavia for BBC Radio 4’s The World Tonight. In the aftermath of his death, his widow Susie Schofield, his family and friends created a charity in his name which aims to support journalists at the beginning of their career with encouragement and professional advice. The Trust runs one of the most respected mentoring schemes in the UK media. Each September we invite broadcast and multimedia journalists who are between two and five years into their careers to apply to join our mentoring scheme. Successful candidates become Fellows of the Trust, and are paired with Senior Fellows for a year of personal mentoring. We’re particularly interested in seeing applications from groups of people who are underrepresented in the media. This year we expect to take on around 60 new Fellows. One of the things I love about this job is seeing how often mentoring relationships turn into enduring professional friendships- that and hearing about the success stories of the amazing journalists we work with.  There is more about the impact we have here - https://johnschofieldtrust.org.uk/how-we-make-a-difference/

No two days are alike. In any one day I can be speaking to a senior figure in a news organisation about their support for the Trust, working with my colleagues on the newsletter which goes out to our supporters, or choosing the sandwiches for our guests to be served at a day of masterclasses.

Our application window is open until October 7th, so I’m busy promoting our mentoring scheme. We’ve recently become a charity in Ireland so last week I was visiting Dublin to speak to Irish journalists about applying to us. Next week I’ll be in Leeds for a session on “How to have a career outslde London.”

Pretty much everything. I get to work with a great staff team, and an amazing group of Trustees. I love meeting our Fellows and publicising the Trust’s work. Before joining the Trust I had a really varied journalist career with the BBC. This is the best job yet.

When you run a charity there are a lot of forms to fill out.

What should a Fellow expect from the scheme?

A year of structured mentorship from a mentor specially matched to your professional needs, access to a network of around 900 journalists working across the UK and Ireland, free masterclasses and membership for life of an organisation which supports journalists and works hard to make journalism more representative and diverse.

In January 2021, you were seconded for the CEO post by the BBC for a year. Why did you decide to stay on?

It was a very easy decision. The Trust is doing important and worthwhile work, I had a strategic sense of where it should go next, and it was wonderful to have the opportunity to take on a new challenge.

Why do you think mentoring is so important for young people?

I think mentoring is important for everyone, not just young people. Being able to have candid conversations with someone who has got your back but is able to challenge you, help you prepare for interviews or tackle work problems, or just help you scope out the road ahead is an amazing gift. Though the Trust mentors people at the beginning of their careers, they aren’t all young; one of our fellows this year is 58.

Is there a place for unpaid internships within the media industry?

I’m very opposed. I know the argument is that unpaid internships allow people to get a foot in the door but it seems to me that they are fundamentally unfair and only benefit those whose family circumstances allow them to work for free: no media organisation that is committed to a diverse workplace should be expecting people to work for nothing.

Why has there been such a lack of diversity in newsrooms to date, and why is addressing it so important?

Historical reasons; a narrow idea of what talent looks like, newsroom managers hiring in their own image, newsrooms which are unwilling to hear or value the perspectives of those who come with different life experience and perspectives.

Why is it important to address this? I like the words of Dorothy Byrne the former Head of News and Current Affairs at Channel 4 when she said “if your newsroom is not diverse, you will get the news wrong.” Ultimately it is not about fairness, or representation, or even about diversity per se. It is about robust, accurate journalism which needs to come from newsrooms which contain a range of experiences and perspectives.

Most news organisations in the UK are now aware of the need to employ a more diverse workforce. The challenge many face is retaining and developing staff once they have been hired. Because the John Schofield Trust works with journalists at the beginning of their careers and with more senior journalists as mentors, it is in a strong position to support the development and retention of talent, which is one reason why more and more employers are speaking to us about taking part in our mentoring programme.

Enormous changes, positive and negative. There are now jobs in the media that never existed before like Race reporter or LGBTQ+ correspondent. Data journalism, which was barely known a decade ago, is now generating some of the most fascinating stories of our time. The roll out of production from London is creating more rewarding broadcasting and production jobs in the Midlands, the West and North of England and Scotland.

But many of our Fellows tell us that they have no security of employment, wait for ages to be paid as freelancers and the things which earlier generations of journalists took for granted, like continuing contracts, pensions and mortgages, are out of their reach. It’s one reason why the John Schofield Trust, which offers support, encouragement and focussed professional advice to people at the start of their careers, has never been more needed.

It was reported earlier this year that trust in media organisations had fallen. Why do you think this is, and can it be rectified?

We are a more sceptical, unsettled and dissatisfied culture than we were before, and we are less likely to accept what we are told. I think a lot of the criticism of journalism that I read is misinformed, or based on a wonky understanding of what journalism should do, but journalists should be open for challenge and the best ones embrace the chance to explain and defend what they do.

I often posit that as a society we no longer have a shared reality, where we can collectively agree on the details of a particular event. Firstly, would you agree with that assertion, and if so, do you think there were any particular inflection points that led to the decline in public discourse?

I don’t agree. I think the shared reality of the past was based on suppressing or ignoring stories that didn’t fit the narrative of the time. What marks out our own era is that we are finally hearing the perspectives of people whose experience was denied for many years. It makes things a bit more scrappy and fractious, but it is worth it.

Aside from my work with the Trust, I’m very proud of creating the BBC’s Generation 2014, which for the first time allowed the 16 and 17 years olds who were given the vote in Scotland’s Independence Referendum, the chance to share their views on politics. Generation 2014 spawned Generation 2015, then Referendum Generation - a series of BBC youth engagement and democracy projects. It was a very rewarding and worthwhile thing to do.

How has your background, upbringing and education had an impact on your career?

I think it was University which had the biggest impact on my career. It was there that I started to get a sense of what I was good at and what I would like to do.

Pulling together a recording of Martin Luther King’s I Have a Dream Speech for Radio 4 with global figures like Stevie Wonder, Malala, and the Dalai Lama was a bit of a challenge! Luckily deadlines make you focus.

Do you think joining a union is worthwhile for young people who are starting out in their careers?

I can’t think of a single reason not to join a union – at any stage of your career.

Do you have any advice for young people interested in pursuing journalism?

Apply to the John Schofield Trust for mentoring, (our deadline is October 7th) and if you are not at that stage yet, subscribe to our free newsletter and take part in our free Masterclasses - https://johnschofieldtrust.org.uk/face-to-face-mentoring-for-early-career-journalists/ 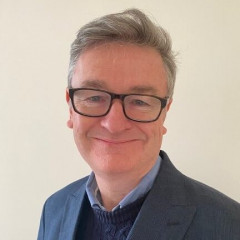 Interview with David Stenhouse, CEO of the John Schofield Trust

"Robust, accurate journalism needs to come from newsrooms which contain a range of experiences and perspectives."