What was the initial drive in setting up 10 Pieces?

As part of its public service remit, BBC Learning regularly works with schools to provide a variety of teaching resources and learning opportunities. The project is intended to support teachers in delivering the key aspects of the music curriculum, including learning about the works of great composers, composing and performing. By working alongside the BBC's Performing Groups and collaborating with stakeholders, partners and specialist arts organisations we've been able to create something really special, and the impact has already been huge. Classical music is in great health, but this health is not guaranteed unless more children and young people – from all walks of life – are given the opportunity to learn about and experience it.

How did you go about planning for this? Did you have specific pieces of music in mind from the very beginning?

The idea from the start was that the project would engage pupils and act as a gateway for children to learn more about classical music, so the pieces themselves were key to that. They are designed to reflect a wide range of styles and eras and were chosen specifically for their ability to inspire pupils to respond creatively to the music. The list was compiled by a group of experts from the BBC including the BBC Orchestras and BBC Learning, and discussed with education consultants.

There are a couple of experimental, modern pieces in there. Do you think that mixing and DJing has had a positive effect on classical music?

It's so important that we remind the students that classical music isn't something that just happened hundreds of years ago, but that it's constantly evolving and developing, so it was vital to us that we reflected modern classical music and composers on the list. We have already had fantastic feedback from children who loved the mix of genres in Gabriel Prokofiev's Concerto for Turntables and Orchestra – it has definitely inspired children and helped them realise that orchestral music is experimental, modern and exciting.

Why is it important that young people access classical music?

It has been demonstrated time and again (through numerous research programmes and education initiatives) how valuable exposure to classical music is for children and young people; both through listening to music and through learning an instrument or singing. It has been proven to boost concentration levels, increase academic achievement and improve social skills. But more than that, it is also a really important part of our collective culture, and should be enjoyable in its own right! Classical music should be accessible to everyone to explore and to experiment with, and this project aims to do just that in a way that will keep young people interested.

I found it interesting that some of the pieces were illustrated in quite a cinematic manner. Do you think that TV shows such as Game of Thrones help to make these dramatic pieces more popular amongst a young audience?

Absolutely – so much of the music we hear at the cinema or on TV is recorded by an orchestra. The Ten Pieces films were designed to emulate the cinematic world that children are already familiar with and to help them realise that they may already have an appreciation of orchestral music and its power to tell or reinforce stories and characters.

Have you had any interesting comments from young viewers?

Many! Here are a few:

"I thought the music was quite inspiring and it kind of made you kind of feel like woah! Made you feel quite blown back…. It kind of makes you want to like get out an instrument and just start playing it!"

"I really liked it because it portrayed classical music as it should be portrayed really. It's not something really old and outdated, it brought it to modern day and it helped it become something that we're used to seeing because we are all used to films and that kind of thing."

"I found the whole thing really inspiring and.... It just, you know, made you feel like music is a really big part in loads of people's lives and it's really nice."

"The DJ! That was pretty epic!"

"I liked that I'm usually into pop and I found that I was enjoying classical so much. It intrigued me."

What advice would you give to anyone who was looking to engage with classical music for the first time?

Watch the Ten Pieces films! They are a great way into classical music. 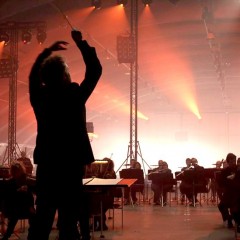