Interacting with others has always been a part of human nature, and no matter where you go, there's always going to be people talking to each other, hugging each other, or even singing to each other out loud! Luckily, I've got some top tips on how to deal with every (well, most) kind of situation.

You don't need to make loads of friends!

If you just want to go out and make loads of friends because you have a small number of friends, then don't! Making a small group of close friends to rely on goes a very long way! They know you well, you them well; what's the issue?! Besides, having loads of friends can result in their constant need of your attention, and it can be enough to drive anyone insane!

At the end of the day, you can go your own way (cue Fleetwood Mac), and quality is better than quantity!

Having eye contact shows that you're concentrating and interested in what the other person's saying; without this, you'll pass off as rude and the other person will stop talking to you, because they're not being acknowledged. Of course, this doesn't mean you actually stare into their eyes, because that tends to come off as creepy.

If you can't look at their eyes, try focusing on other areas around the eyes, like the nose or the middle of the eyebrows. The only situation where eye contact isn't available will probably be talking on the telephone – but we'll come to that later.

For love of everything in existence, please do not shove a random worm in someone's face! WORM is an abbreviation of basic and straightforward topics to help you start a conversation. Please bear in mind that this won't be relevant all the time; they're just here to help if you're struggling to make a conversation in the first place.

As I've said, these are just guidelines– don't expect to be talking about these all the time or it will get really bloody boring.

Don't get carried away.

Consider the other person.

Whenever you have a conversation, you need to consider the feelings or thoughts of the other person. For example, if the other person feels upset, you may want to comfort them, or even ask how they're feeling, which shows that you care. This can be a delicate area, as often you need to react in a certain way to respect their needs. Maybe they'll need time alone, or they'll need a big hug. Everybody loves a hug! (This doesn't mean you randomly start hugging people.)

Ah. Phone calls. Who doesn't love the nerve-racking sensation of not knowing who you're talking to and screwing up your words completely?

It's easy with friends or relatives as you already know them. But with others, it's completely different, as you don't know their face – only their voice. So the fun way to ease the tension is to imagine them in some stupid situation, like naked or wearing a bright green onesie. This actually distracts you from the seriousness of the situation, so therefore you feel more relaxed and you can think clearly ☺

Another tip: RELAX. It really isn't as scary as you think – close your eyes, as it helps you to focus on the other person's speech and place you in your own 'world'.

It's understandable that after a long hard day at work, or if you've had some personal issues to deal with, that you don't feel like talking to anyone. However, this doesn't mean that you can be deliberately abrupt towards people. You will pass off as ill-mannered. Be polite; just say "I don't mean to be rude or anything, but I'm not up to talking right now" or something similar without sounding rude. It's just basic manners!

How to hate people less.

We all hate people. Even nature hates people. The only way to deal with people is to not think about them (much).

We are all individuals in this world - we can't make everybody happy. You need to be choosy with people, or let people choose you – hence the reason why you can't be friends with everybody. People aren't that bad – if you ignore the politics, greed, obsession, violence, cruelty, pain, religion, selfishness, hypocrisy, lies, hierarchy, capitalism, hostility and pretentiousness, then you've got no problem ☺

Don't make things awkward if you don't want them to be awkward!

The point I'm trying to get at here is subject matter – be careful what you say! WORM is useful to have, but it's very easy to get carried away with what you're talking about. For example, don't tell the whole world that you've just been for a poo; it's not a pleasant thought to have (unless it's a close friend you're telling).

Whatever happens, it's always important to be yourself – everyone deserves to be comfortable no matter where they are, just as long as you're not upsetting anyone. Don't treat these as rules, but as guidelines, because they don't always apply.

I really hope this helps. There are so many of us who feel really left out or uncomfortable because we can't seem to socialise the way everyone wants us to – it's just stupid. Sadly, it's necessary. Go out my people and befriend (some of) the world!! 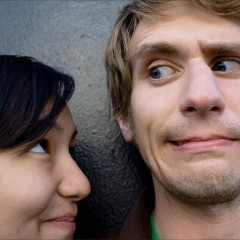