You’ve just watched the summer blockbuster everyone’s talking about. Or perhaps you’ve stumbled upon an independent gem that you loved so much and want to shout its praises at the highest rooftop. You talk to your friends, but the majority of the time you get the tired response of ‘yeah, it was good,’ or ‘meh...wasn’t my cup of tea'. But there’s something gnawing away at you – parts of the movie that spoke to you on an emotional level.

So you start a blog about film reviews. Over at STORGY we love films. Our reviewers watch them all: the good, the bad and the downright unwatchable. We get to pick apart and analyse the films we watch to give our readership the best review. Here’s a few hints and tips to help you boost your own readership!

Okay, so you just watched a two hour epic fantasy about farmyard animals getting sucked through a time portal into a futuristic landscape with talking dinosaurs. There were seventy five cast members, explosions, deep and intrinsic themes of goat love and CGI effects coming out of the whazoo. You don’t want to bore the reader to death, so get your structure in place – ideally it should be a short summary of what you liked and disliked about the film. Make it too short and it’ll come across as unfinished and lacking in passion – make it too long and people will start skipping paragraphs to get to your final thoughts. Use metaphors to explain segments if you like, but don’t make them too cerebral – have fun with it. Likewise, every killer review should be like any good story: have a beginning, middle and end. It may be worthwhile to write down notes as you’re watching the film, so you can come back to them later when you’re creating a draft.

You’re not going to turn into Roger Ebert or Mark Kermode overnight. You’re going to have to watch a lot of films – but this is why you started reviewing them in the first place, right? With the plethora of review sites out there, you’re going to need to stand out from the crowd. You can be entertaining with your reviews or downright antagonistic – you can create a character to vent your opinions as long as you’re being original with it. But be honest. Once you’ve found your voice you’ll have an easier time dissecting the film you just watched.

Did the film connect with you on an emotional level? Did you find the characters engaging? Did you find it original? There are a lot of questions that you’ll need to digest and think about in order to portray your opinion across to others. There may have been one sequence in the film that blew you away with its intricate lighting, panning and direction, so talk about it! How did they make that scene? What was so powerful about it? Why did you like a character so much? Take the time to understand the important elements of what you enjoyed from the film.

Okay, so the talking dinosaurs were a little too avant-garde for your liking. That’s okay. Talk about why it didn’t work for you – were you clock-watching, hoping for the film to end? Were there too many clichés for it to work effectively? Were there plot holes or actions that a character would do that was unbelievable and sever your connection from the film? Like the above point, write these down and go through them.

If you didn’t like a film, that’s okay – but don’t just bash it. What could have been done to prevent it becoming a bore-fest/frustrating/incoherent piece of celluloid? Be as passionate about the best film you’ve seen this year just as much as the worst film. There’s going to be a lot of mediocre ones too, but remember – a lot of people collaborated with the making of this film and they didn’t intend it to be a turkey.

So you’ve written a few pieces, and you want the world to hear your opinions. That’s great. Now pick up the phone or write that email to publishers. You want to have your review in Empire magazine, and that’s commendable, but you’ll likely want to zone in on your target audience. Write a lot of horror reviews? Check out the online literary magazines that specialise in horror. Like the rom-coms but don’t see anywhere profiling them? Then maybe you’ve just found a niche in the market and need to set up your own review blog about it. Don’t be shy – most independent presses want to hear from you, but they’re only human too – they may have a lot on, so respect them when you initially contact them.

There is nothing worse than reading a piece and finding mistakes. It makes you look unprofessional and sloppy. If you have difficulty with grammar, ask a friend or mentor to help you. Once you’ve written an article, leave it for a while and come back to it later. You’ll likely find areas for improvement.

Those are just some of the tips of writing a great film review. Everyone has their own way of working, but in the digital age you need to put yourself out there. Email, email and email. Pound on doors. Talk on the phone. Have a positive attitude. Learn from the best – here’s a few links to get you started: 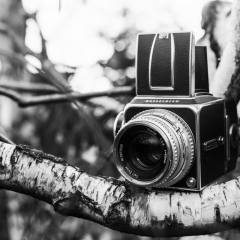 How to write a review of a film