Voice MagFeatures​Did the House of Lo…

It may be the case that 26th October 2015 will be remembered as the date the House of Lords (HoL) caused a constitutional crisis.

It was on this day that the Upper Chamber voted to delay the implementation of Chancellor Osborne's tax credit cuts until a full report into how the changes will impact low-income families.

A former adviser to the Labour Shadow Treasury team described 'jubilance' from Labour, "anger in the Osborne camp," and "depression in the rest of the Tory party." David Cameron was certainly frustrated by the outcome, launching a review into the Second Chamber. Lord Strathclyde, the man in charge of leading this review, is quoted in The Telegraph describing the defiance as 'deplorable', and has suggested change may be made to ban peers from overturning legislation.

Ignoring how this will reduce scrutiny and accountability – a crucial element within our bicameral system – it is important to understand how the predicament came to be, and whether there is genuine cause for outrage.

There are several preconditions required to appreciate the situation, including an understanding of the constitution of the United Kingdom, and the relationship between the House of Lords and the House of Commons.

Constitution and power in the United Kingdom

A constitution is a set a values and principles that dictate how any Government runs. They come in many forms, but at their very basic are either codified or uncodified, also known as written or unwritten. Perhaps most famous codified constitution is that of the United States, penned in 1787 by the Founding Fathers, and it outlines the supreme laws of the country, and explains the relationship between the different institutions.

The UK is one of only five countries in the world whose constitution is not codified.

With the lack of one document outlining everything, our sources of law are somewhat more dispersed, originating from five separate areas, and amalgamated into what we have today.

These five areas are: statutes, common law, convention, treaties and treatises. Out of these five, two are of interest when examining the supposed crisis - statutes and conventions. More specifically, the Parliament Acts of 1911 and 1949, and the Salisbury Convention. It is these two areas that the Lords may have infringed by blocking the tax credit cuts.

The Parliament Acts establish supremacy of the Commons, by curtailing the power the Lords have over blocking legislation. Politics lecturer Martin Hansen, of Brunel University, explained that the 1911 act was pushed through after the "House of Lords rejected the budget in 1909", thereby starting a process of reform in the Lords.

The result of this reform was the 1911 Parliament Act, which prevented the Upper Chamber from blocking money bills altogether, and replaced the right to block public bills with a delay of up to two years. The 1949 act furthered the entrenchment of Common's superiority by reducing the maximum time a bill can be blocked to one year.

Given that there was a landslide Labour election victory, but very few Labour peers, there were concerns that the Lords may try to block movements towards nationalisation and welfare provision; both things that were promised in the Labour manifesto. Salisbury, therefore, agreed that the Lords will not block any bill that was stated in a party's manifesto during its second and third reading, as the Government has been given a mandate to enact these policies from the public.

And thus we reach the crux of the issue. In their manifesto, Conservatives pledged to cut £30bn from public expenditure over the next two years, although were incredibly vague as to where these cuts would fall. Tax credits are included as public expenditure. It is also a financial matter, something that the Lords have no power to vote down.

However, both Cameron and Michael Gove made pre-election promises that tax credits would not be cut. Vague though the manifesto was, their declarations of tax credit protections were clear. Did these promises influence voter decision, and can the Conservatives be held accountable over them in the same way they are with a manifesto? If so, then the Lords could be within their right to vote it down, because it contravenes their election promises.

Luckily, we do not have to answer this question, because of the method in which the cuts were proposed to Parliament. The former Shadow Treasury adviser explained that the cuts were pushed through as a statutory instrument, rather than a finance bill, and this is crucial when looking at the argument.

Writing for the New Statesman, Stephen Bush highlights the difference between a bill and a statutory instrument. A statutory instrument allows a Government to push legislation through Parliament more quickly than a bill, and with less scrutiny. While helpful if something needs to be enacted quickly – or is controversial – it does then open the doors for the Upper House to vote the bill down; a power they do not have with financial bills.

Indeed, the day after the controversial vote, the Speaker is on record saying:

"Nothing disorderly has occurred. There has been no procedural impropriety," and following with "Whether people like what happened last night… is a matter for each and every one of them."

When asked for an expansion, a spokesperson for the Speaker said:

"The Speaker made clear in response to a point of order on 27th October that what constitutes a constitutional crisis, or indeed crises in general, is very much a matter for the individual Member of Parliament, and also that nothing procedurally improper had occurred, which [is] an absolutely accurate statement of the facts."

This emphasises a level of subjectivity to the crisis. There was no wrongdoing from the Upper House, so any qualms are due to individual personal opinion, rather than impropriety from a constitutional standpoint.

While interrogating the PM during PMQ, Leader of the Opposition Jeremy Corbyn raised a similar point, stating, "This is not a constitutional crisis, this is a crisis for three million families in this country."

Whatever your opinion of Mr Corbyn, he raises a valid concern. Through all the in-fighting and political dogma, focus was shifted away from the reality that real people are affected by these decisions. Regardless of whether promises were made to rebalance the budget by the end of Parliament, there would have been a real world negative impact on working class families.

At the heart of the matter

Having heard the opinions of those in Westminster, I wanted to discover what some of these 3 million families thought of the situation. Would they be concerned about parliamentary propriety, or are their concerns lower on Maslow's hierarchy of needs?

I spoke to Sarah Cattermole of Church Close, a 49-year-old single mother, about how the tax credit cuts would affect her. She told me that due to her status as self-employed, the Government had started "making me jump through more loops because… technically [I] can fiddle the books." She vehemently refutes the suggestion she would. Because her hairdressing business had earned more money this year, her credit was already reduced, but had the bill gone through she would have lost roughly £50 a week, a staggering £2600 a year.

I also heard from Trudy Burges, a 45-year-old housewife from Northumberland Avenue. She spoke about how she currently receives £100 a week in tax credits, and every penny of that is spent paying for electricity, food, and gas. She was very worried when she initially heard that the support might stop. Her concern did not, however, extend as far as to the debate over the Lords impropriety. When asked her opinion, Trudy simply said "I am glad somebody stepped in to stop the disadvantaged getting f***ed again." Her views couldn't be clearer.

Despite there being nothing constitutionally wrong with the actions of the Lords, there still exists an air of outrage among the Conservative leadership. It was reported in The Telegraph that Lord Strathclyde has recommended dropping 20% of the Upper Chamber in an attempt to reduce its size.

Even this would not be constitutionally improper, but Martin Hansen believes that any drastic action taken against the Lords might result in "a tit-for-tat strategy" when another Government comes in. I believe that the HoL is in need of reform, but I also believe it is more damaging constitutionally to be continually altering the Upper Chamber to suit a Governmental agenda. The HoL is there for scrutiny and that is what happened during this vote. Nothing untoward was done by the Peers, and focus should now be put on the Government to ensure that they act as constitutionally consciously as the Lords were expected to be. 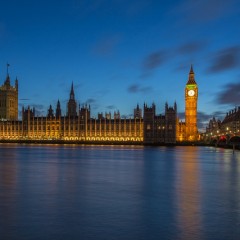 ​Did the House of Lords really trigger a constitutional crisis by voting against the tax credit reforms?