If you like your movies big, loud and star-laden, look no further than these ten releases, that are pretty much guaranteed to be the blockbusters of 2016.

2015 was a killer year for movies, you had Ex Machina, Mad Max, Avengers: Age of Ultron, Straight Outta Compton, Inside Out and the biggest film of them all Star Wars: The Force Awakens. Truly a very eventful year for films and now that we're into 2016, the line-up is even better. There's a range of movies out there for everyone this year, but these ten are guaranteed to be the seat fillers.

This year's going to be massive for comic books with the release of 6 comic book films, Starting with deadpool. If you aren't familiar with the character you might remember seeing in the terrible x men origin: wolverine,the iconic wade Wilson (Ryan Reynolds) was completely ruined in the film. But luckily Reynolds is back as the merc with the mouth in a R Rated version of the film. Seeing form the trailers I anticipate the same humour I hear about in the comic, I mean who doesn't like a superhero that can regenerate kill bad guys and break the 4th wall every second - Looks very promising.

Cap is back in his third film after The Avengers and it looks great. Civil War is the most read and popular storyline return by Marvel and it looks like they're going to deliver. Although it's an Avengers storyline that include superheroes they don't have copywriters to (X-Men , Fantastic Four) it does include Spider-Man who's owned by Sony after a deal was in last year for him to be included in the film as well as his own stand-alone movie in the line-up for the MCU's (Marvel Cinematic Universe) Phase 3. it also feature the rest of The Avengers fighting against each other. It's basically The Avengers movie everyone wished they had instead of Age of Ultron.

Batman v Superman is DC's way of say competing against Marvel's Captain America: Civil War. One of the most hyped movies of 2015 releases a few weeks after Civil War. Directed by Zack Snyder who made 2013's Man of Steel, this movie is basically the DC version of Civil War, featuring Batman and Wonder Woman which is a great but seems more like a pre-Justice League movie to me. To be honest after seeing the trailers for the film my opinions on Ben Affleck as the new dark knight lightened and I'm actually excited to see the two most popular heroes going head to head. Some of the visuals and reference in the film stems from the popular Alan Moore's Batman: The Dark Knight returns graphic novel which gives all fans a bit of hope that it'll be better than Man of Steel.

It seems like all the big studios are bringing the heat this summer with their storylines, just like X-Men: Apocalypse is one of those stories that needs to be done right and thankfully in the hands of director Bryan Singer, it looks like it may top the list for comic book movies this year. Just like days of future past, this is one of the biggest story lines in the X-Men universe. Feature the return of Storm, Cyclops, Jean Grey, Angel and Nightcrawler. There was doubt about the villain Apocalypse not looking true to the comic book version but I trust Singer to do a great job with this film.

The success of Finding Nemo made people believe in Pixar and made a lot of adults cry. For many years people have been asking for a sequel and when Disney announced there line up for the year, they couldn't wait for Finding Dory. I don't know much about the story but I'm excited to see another story under the sea.

America and the world stand together once again to fight off another alien invasion and this time they came prepared. One of the most demanded sequels of the 90's finally comes out this summer featuring returning star Jeff Goldblum, Vivica A.Fox and Bill Pullman, including new stars Liam Hemsworth who takes the mantle from will smith who doesn't seem to be featured in the movie at all. This is probably due to his role in Suicide Squad but either way we hope they'll be an even more epic speech just like the first one.

Adults worldwide will let their inner child and see this Disney phenomenon with their own kids. The announcement of BFG got everyone excited for the summer and will certain be a big hit with the young audience. Hopefully the film will stay true to the film and do Roald Dahl justice.

DC's second film of the year holds a lot of promises and a high hope for the new joker (Jared Leto). There were doubts about Jared Leto being able to do justice to the character and to be just as good as heath ledgers joker in the dark knight, but from seeing the visuals it seems this joker will be different to what we've seen before. Other characters feature Harley Quinn (Margot Robbie), captain boomerang (Jai Courtney), Deadshot (will smith) and the awesome looking Killer croc (Adewale Akinnuoye-agbaje). This may turn out to be a batman movie in the end with the appearance of batman (Ben Affleck) but I just hope the film is as good as Deadpool.

Fantastic Beasts and Where to Find Them – 18 November

J.K Rowling and Warner Bros. brings us more magic into the wizarding world of harry potter with Fantastic Beasts and Where to Find Them. Starring the award winning Eddie Redmayne the film sets a lot of promises in the November and might actually be able to compete with the new star wars film in December.

After the success of the force awakens there is a lot of promise for Rogue One. I'm quite happy Disney's decided to basically give us a story movie every Christmas period. I don't know too much about the film itself but from the way the last film ended it seems like the film will have returning characters from Episode VII. This may be actually be the best film of 2016 knowing the track record of the last one I know for a fact that Star Wars fans are already queuing in line for the release of this film.

So here you have it my top selection for the year. There were more movies to pick from like doctor strange, star trek beyond, the jungle book and the new ghost busters, but they didn't make the top 10. Additionally if I were to pick a film from my selection to be my number 1 I'd pick rogue one, as a personal choice I'd pick Deadpool or captain America: Civil War. If you want to hear more top ten movies just leave a comment below and make sure you check out my preview article De-ja-view. 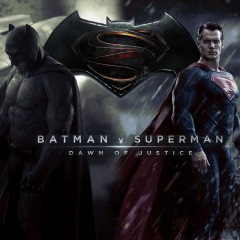 If you like your movies big, loud and star-laden, look no further than these ten releases, that are pretty much guaranteed to be the blockbusters of 2016.