From the archive: I think it's fair to say Christmas isn't all fun and games when it comes to films.

Let's look at some Alternative Christmas films. Die Hard, Bad Santa, Gremlins, Black Christmas, and Edward Scissorhands are films that hardly make you feel warm and fuzzy and full of yuletide glee. Yet, these films do phenomenally well and become 'classics'. Why? I have a theory that it's because they do one of two things: they either downplay the element of Christmas to the point of the story having little more to do with Christmas than simply taking place during this time of year or; they subvert Christmas and its gleeful expectations and happily ever after nature – effectively making Christmas dark.

An example of the former type would be Die Hard – held to the title of being one of the greatest, most action-y action films of all time! You'd more likely scream 'yippee ki-yay' whilst jumping out of a moving car than whilst jumping down the stairs on Christmas morning. An example of the latter would be Bad Santa and, perhaps the best example, The Nightmare Before Christmas. These basically invent situations of chaos around the season of goodwill and giving. Take the timeless Gremlins, which gives us a thick teenager who only had one job which all could've avoided his town being pillaged and ransacked by tiny GM Furby's.

Exploring the type of film which turns Christmas on its head – in theory they should be the most hated films in this part of the world, so, why are they almost the opposite? Home Alone is fairly backwards and far from the most wonderful time of the year for Kevin McAllister. Then, it goes and happens twice! But here's what I think about the allure of them. Every treat is better when you have to fight for it and the harder the fight, the sweeter that figgy pudding will taste. So, when the jeopardy of conventional Christmas films like Tim Allen not finding a wife on time in Santa Clause 2, or not being with the one you love in It's A Wonderful Life which come in the way of a merry Christmas become a bit mundane, you want to see more at stake. These alternative films, instead, have the threat to murder a family's youngest child and Santa being a ravaging, reindeer-eating maniac, like Rare Exports, standing in the way of a truly miraculous time.

Even further, though, you could have the audacity to have an unhappy ending to a Christmas film – a not-so-merry Christmas. These appeal to the anti-Christmas sycophants and fans of the unhappy ending among us – just like in Edward Scissorhands.

What is your favourite alternative Christmas film? One where there's something more than mushy-gushy feelings standing in the way of a happy season. If you're not a fan, tell us why Christmas with the Kranks is better than Black Christmas! 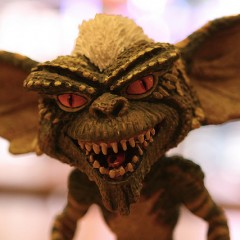 Alternative Festive Films: The dark side of Christmas

From the archive: I think it's fair to say Christmas isn't all fun and games when it comes to films.