Closing the decade off, 2019 has been a year for the breaking of genres and conventions, so here’s a list of the films which stood out from the rest.

Ad Astra throws Brad Pitt into space to search for his father, connection and deeper meaning. Whilst the plot and message of the film is somewhat less profound than it thinks it is, it becomes irrelevant in the face of the incredible performance of Pitt, and the chilling beauty of Space. In the lens of Hoyte van Hoytema, the void of space manages to carry beauty, terror and wonder, shifting with the mood of the film. Throughout this, Pitt uses his subtle acting ability to portray the deeply repressed Roy McBride as he tries to open himself up to the world. All of this comes together with a score with powerful movements between sound and silence to form an out-of-this world experience.

‘The nerds go on a wild adventure’ is hardly a new concept in teen cinema, but Booksmart manages to take this premise and continually subvert it whilst being persistently hilarious. That subversion, along with its wry comedy, effective parody and self-awareness means this ends up being both rooted in its genre and existing beyond the constraints of a typical teen movie. At the centre of the film is a fantastic cast, with Beanie Feldstein, Kaitlyn Dever and Noah Galvin giving particular stand-out performances. It’s the people at the centre of the film which provide Booksmart’s characters with the sweetness and individuality which really make this film land.

Dolemite Is My Name

Dolemite Is My Name tells the story of legendary Blaxploitation era filmmaker and comedian Rudy Ray Moore, really effectively channeling his vibe and rhythm. In this film, Eddie Murphy takes centre-stage with a phenomenal performance, embodying the legend and always keeping your attention. Da’vine Joy Randolph also does a fantastic job as Lady Reid, delivering one of the most touching moments in the film. Scott Alexander and Larry Karaszewski’s script also subtly parallels the obstacles faced by Moore and his crew with those faced by Black creatives in Hollywood today.

In Knives Out, Rian Johnson writes a love letter to the who-dunnit genre, evoking Agatha Christie to create a mystery about the murder of a renowned crime writer which is full of twists and turns. Pretty much every performance in the film is campy and memorable, especially Toni Colette, Chris Evans and Daniel Craig (who has a Southern accent which is both incredible and terrible at the same time). Johnson doesn’t just replicate Christie, but actually adds a really interesting spin on it, weaving in some social commentary to make a genuinely interesting film.

P.S. If there’s an award for Best Jumpers In A Motion Picture, then Knives Out needs to get it.

Hot off the heels of her wildly successful rom-com The Wedding Party, Kemi Adetiba takes on an entirely new genre with crime epic - King of Boys. Brushing shoulders with some of the work of Scorsese and De Palma, this is a tale of the rise and fall of 'the King' of the crime underworld, played brilliantly with a near-Shakespearian level of grandeur by Sola Sobowale. King of Boys feels like a massive step forward for the Nigerian film industry as a whole, with its cinematic beauty and slick integration of Nigerian style and culture with genuinely great filmmaking.

Atlantics is a truly unique film which takes the well-trodden tale of ‘young lovers are split by a marriage one of the two is being forced into’, then merges it with spirituality and post-colonial economic deprivation. What works really effectively here is the subtly creeping advancement of its unnerving elements which still manage to fit cleanly into a very grounded atmosphere. This is all delivered with a stunning backdrop (which is often brought into the foreground), with a sea that through the lens of Claire Mathon, manages to somehow carry hope and despair simultaneously. All of these different elements come together alongside admirable performances to create a beautiful and moving piece of cinema.

Jordan Peele’s sophomore film moves from the woods to the beach, with a horror film about family (the Wilsons) hunted by doppelgängers. Each member of the cast gives a great performance and you really buy the dynamic, especially with Winston Duke as the hilariously corny dad. The standout performance is the phenomenal Lupita Nyong’o, who manages to embody the extremes of both herself and her ‘Tethered’, playing both throughout the film. Whilst less direct than in Get Out, Peele still manages to insert layers of commentary and subtext, making this a really interesting film to pick apart and discuss with friends.

Bursting onto the stage with a star-studded cast, Hustlers really brings glitz, glamour and incredible outfits. What it also brings to the table is the true story of women in a strip club who turn to scamming in the wake of the financial crash of 2009. The whole film has an incredibly fun vibe, notably never feeling male gaze-y or exploitative, with Lorene Scafaria’s direction feeling empowering, particularly in the case of Jennifer Lopez who gives a magical performance in a cast who are all doing great work. The film also has some interesting things to say about consumerism and capitalism, summed up in the iconic quote - “This whole country is a strip club, you’ve got people throwing the money and people doing the dance”.

At first glance, this is a film about gentrification and the effect it’s had on predominantly Black communities, a topic which it handles exceptionally well. But when you dig deeper you find that there’s so much more to it, with Joe Talbot weaving in smart and interesting takes on masculinity, found family and our relationship to property. On a technical level, The Last Black Man In San Francisco is stunning, with an incredible visual poetry, alongside the best score of the year by far. All of this comes together to take the audience on a rich, emotionally resonant and brilliantly performed journey. 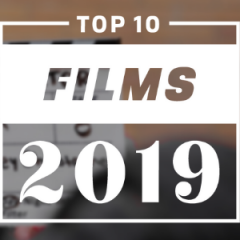