It’s possible you’ve seen discussions on social media about tactical voting, and websites promoting insight into how best to vote to remove the Conservatives from government.

Although on the surface very helpful, like with everything it is important to question the provenance of the website, and consider whether the data its offering is reliable, otherwise you might end up with an undesirable result ─ and a wasted vote!

This article will not be linking to tactical voting websites. It will instead break down what the term means, and offer suggestions on how you can find the information to vote tactically, should you choose to.

What is tactical voting?

But, let’s cut the hypotheticals. When people talk of tactical voting in this general election, they are talking about voting in a manner that deprives the Conservatives of a majority.

People in traditionally Conservative constituencies who tactically vote will be voting for the candidate that has the best chance of unseating the incumbent, rather than necessarily their first choice candidate. This might mean that a Labour supporter votes for a Liberal Democrat candidate if they are seen as the most likely non-Conservative candidate for the seat, or vice-versa.

Why would someone tactically vote?

Generally, people tend not to vote tactically, but increasingly Brexit has been the backdrop of all voting opportunities, and people view Brexit as a more pressing issue than traditional party allegiances.

Those people perceive this general election as the last chance to prevent Brexit. The Conservatives (and the Brexit Party) are both running on a campaign of finishing Brexit and pulling us out of the EU, and people believe that voting to curtail the Conservative majority will remove that option.

Others simply believe that stopping the Conservatives getting back in for another five years, after the nine they have already have, is so important they are willing to swallow voting for another candidate.

In simple terms, people are suggesting a tactical vote in this election because they don’t like the Conservative government, and want them gone.

Should I tactically vote?

That depends. We won’t tell you who to vote for, but there are a number of questions you should ask yourself:

If you answered no to one or both of the statements above, then tactical voting might be of interest to you. However, you will further need to ask yourself:

If the answer is yes, then you should probably consider voting tactically. This is doubly the case if having a final say on Brexit is your primary concern, as all other parties have stated support for a second referendum.

How do I tactically vote?

As I previously said, there are websites floating around that will allegedly tell you who the best candidate is to vote for to stop a Conservative majority forming. Some are slightly dubious, and you have to consider that they may have been set up to give you false information to lead to a ‘wasted’ vote.

The most sensible option is to look at voting trends in your constituency and, if it is currently held by the Conservatives, see which party came second in prior elections. You may notice that there is a party repeatedly coming up in second place, and if so, you should vote for that candidate.

You can find historic general election results online, or the BBC let you see the results of the last two elections on their website.

As with most things political, nothing is a certainty, and you voting for a consistent runner-up isn’t a guarantee to change the result. Some areas are ‘safe seats’ for political parties, be it Labour or Conservative, and expecting that to change is optimistic. Still every vote for an alternative party is one less for the incumbent, so don’t let that deter you.

If, however, a seat has consistently not been Conservative, you are probably best served to vote for the incumbent party.

What if I’m a student?

Then congratulations, you get the added complexity of deciding where to vote in addition of who to vote for.

Presuming you registered to vote at both your home and term-time address, you are eligible to vote at either. You will want to research where your vote can do the most good. One of your addresses might be in a ‘swing’ seat, which means it isn’t consistently won by a particular party, and the majority held is usually only in the low thousands,

If, for instance, your term-time address is in a ‘swing’ constituency, but the MP of your home constituency has a large majority, your vote is likely to have more impact at your term address, and you might want to stay at uni to vote there.

Once you’ve made the decision of where to vote, and you want to tactically vote to remove (or keep out) the Conservatives, you can then proceed to assess the best candidate to give your vote too.

This is not an article saying that you should tactically vote, and we would never presume to tell you who to vote for.

Voting is an incredibly personal thing, and who you vote for has to be up to you. Tactical voting is always a risky decision to make, as there is no guarantee it works. Equally, if you decide to vote for someone who you can’t personally stand but hate less than someone else, if they win you are still represented by that person for five years. However, depending on your priorities, for example stopping Brexit or removing a Conservative government, that might be a pill you can swallow.

I will encourage you though to think about everything written above, and also have a look at the manifesto breakdowns we have created. In them, we pull out every policy the main national parties have announced that relate to Brexit, young people, education, and culture.

If voting by post, please remember that your ballot has to reach the Electoral Office by 10pm on 12 December, which is the day of the election, so send it off before then.

Finally, always be mindful of where you’re reading news, and try where possible to check sources. 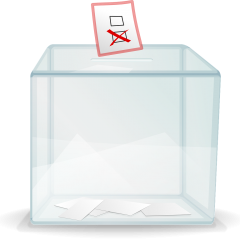 Tactical voting in the 2019 general election 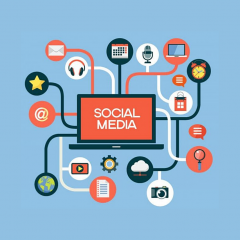 Navigating social media in an era of filtered information