Voice MagFeaturesWhat are the main pa…

With the EU Withdrawal Agreement floundering (although expecting a return to Parliament in June) the UK had to request an extension, and that meant that we have to participate in the European Parliament elections. These take place every five years, are a huge part of the functioning democracy of the EU. If you want to learn more, we’ve written a whole explainer post on the European Parliament.

Here we are going to look at what each of the main contenders in the election are saying, pick out any particularly relevant points, and suggest whether or not (to the best of our abilities) they are a pro or anti Brexit party. Where possible, we will also link to their manifesto so you can read it all.

Another new addition to the party lineup, the Brexit Party has been started by Nigel Farage with the singular goal of ensuring that Brexit is delivered.

They are not releasing a manifesto - really it’s all in the name - but they have issued a ‘pledge card’. It reads that Brexit Party MEPs should have a major role in negotiations, they’ll stop any deal and push us into WTO terms, and they won’t pay the £39bn settlement bill. They also argue the case that Brexit will restore trust in democracy, cut the cost of living, and allow us to take control of our laws, borders and trade.

Some of these claims have already been refuted, and Mr Farage has not provided an answer to how to maintain the current Irish border arrangement as required under the Good Friday Agreement.

Voting for the Brexit Party will be a vote for Brexit.

This will be the first election for the newly formed party, and given their positioning, it will come as no surprise that their manifesto emphasises the importance of staying in the EU.

It states that the Government’s own assessments have found that there is no form of Brexit that doesn’t leave us worse off than we are now. They commit to campaigning for a second referendum, and will refuse to support any deal that hasn’t had public confirmation.

They also push for EU reform, specifically citing an end to the constant back-and-forth between Brussels and Straussberg, and formatting the EU budget so more money goes towards skill development, as well as investing in struggling areas and supporting key industries. They also view the EU as a mechanism for stronger environmental protections and a vehicle for slowing climate change.

Given how new the party is, the manifesto also takes the time to try and outline more specifically what Change UK stands for. Key highlights include the pursual of policies based on evidence, not ideology, protection of free media, devolution of power to local governments and an investment of future generations.

Voting for Change UK will be voting to reject Brexit.

The current governing party in the UK, Brexit has been orchestrated and overseen by the Conservative Party. The party expected Brexit to be over by now, so had not prepared for elections. They are not publishing a manifesto either, according to Ashley Fox, who leads Tory MEPs.

"We have one policy, which is to honour the referendum result and to leave the EU in an orderly manner,'' he told the BBC News Channel in May.

Talks recently began (and reportedly ended) with Labour, after the Withdrawal Agreement was rejected by Parliament three separate times. It is not currently clear how Theresa May intends to clear the impasse.

Voting for the Conservative Party will be a vote for Brexit.

The Green Party have seen frequent success in European Elections, even though their wins in UK Parliament has been more modest.

Given that, their manifesto is particularly geared towards work within the EU rather than domestic policy, and they are able to highlight many key wins that they’ve attained during the last EU Parliament. These include the phasing out of palm oil as a biofuel in transport, the strengthening on CO2 emission standards for new heavy vehicles, calling for the establishment of a European Parliament Financial Assistant Working Group on Greece to critically assess austerity, moving forward the proposal for EU-wide whistle-blower protection and calling for a treaty to ban ‘killer robots’.

They also outline key ambitions for the new Parliament term. Highlights include pushing to make subsidies on fossil fuels illegal, formulating an action plan to make sure those whose wealth exceeds £3m contribute equitably while clamping down on tax evasion, establishing universal basic income experiments, more market protection from large corporations, preparing for the increase of automation, increasing the protection of minorities and enhancing equality, banning non-recyclable plastics and increasing the democratic nature of the EU.

They specifically mention improving conditions for young people through the right for affordable higher education, good training conditions and minimum income legislation. They also believe that every young person should have access to exchange programmes regardless of background or education.

Regarding Brexit, the Green Party supports a People’s Vote, with Remain on the ballot paper. “A Remain victory can be the start of the genuine social and economic transformation this country needs - toxic top-down politics banished, with people power taking its place”

Voting for the Green Party will be voting to reject Brexit.

Rather than focus on Brexit, Labour have said that they will focus on local issues in the European Election, and that is certainly reflected in their manifesto. Focusing on seven areas (the economy, climate change, worker rights, equality, security, citizen rights, and tackling the far right) it very much reads like the EU is an afterthought to the party’s own national platform. Highlights include an end to austerity and working with the EU to direct development funding, ratifying the Istanbul Convention on domestic abuse, zero carbon emission targets by 2050 and a commitment to fight for the full rights of EU citizens in the UK and UK citizens in the EU.

Labour have tried to appeal to both sides of the Brexit debate by being deliberately ambiguous around policy. They have said numerous times that they would negotiate a Brexit deal that is better for the economy, environment and jobs by staying in a permanent customs union and close alignment to the single market rules. It is official Labour policy to support a second referendum, but it has frequently felt as though the conditions for that support have been shifting goalposts. Writing in the foreword of the manifesto, Labour leader Jeremy Corbyn came as close as he ever has to backing a second referendum.

“Labour will continue to oppose the Government’s bad deal or a disastrous no deal. And if we can’t get agreement along the lines of our alternative plan, or a general election, Labour backs the option of a public vote.”

Voting for the Labour Party will likely be perceived as a vote for Brexit.

The Lib Dems have had a fairly tumultuous couple of years after they were punished at the polls for entering the coalition. However, they are seeing a resurgence given their positioning as THE party opposed to Brexit. This is all the clearer given their manifesto title “Stop Brexit”.

The 28 page manifesto outlines many reasons why they believe we should stay in the EU, including the 63,000 EU nationals working in the NHS, and 104,000 that work in the adult social care sector. They say that 13,000 school teachers are EU citizens, and highlight that £730m a year comes from the EU to fund research in UK universities. They also talk about the strength of a collective in terms of protecting the environment, citizen’s rights, consumer choice, social mobility and ensuring security. They argue that change can come from within, and that the UK could and should be leading that change.

Ultimately though, the opening line of the manifesto tells you what you need to know about the Lib Dems.

“Every vote for the Liberal Democrats is a vote to stop Brexit and stay in the European Union.”

Voting for the Liberal Democrats will be voting to reject Brexit.

The former party of Nigel Farage, UKIP has been on something of a downward spiral since the referendum - in no small part because it appeared to have achieved its aims. Since then, there has been an exodus of senior party members, some heading over to the Brexit Party.

Their two-page manifesto-cum-flyer reads that the Withdrawal Agreement and Political Declaration are “a complete surrender”, and it means that we would be leaving the EU in name only.

A vote for UKIP would be a vote for Brexit 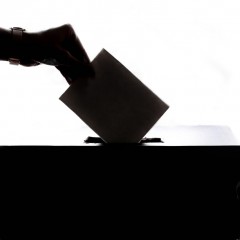 What are the main parties saying in their EU manifestos?