Looking back on a great year for the magazine

With over 1800 articles published on the site this year, narrowing it down to just 10 of our favourites was incredibly hard. It should go without saying that these represent only a smattering of the exceptional content we’ve seen come out on Voice this year, and we cannot wait to see what 2022 brings!

Well, someone had to say it. As a society, we have become so desensitised to things that are bad for us, and so often, these same things are passed off as things we should aspire to. Toxic productivity and hustle culture definitely is one that has consumed Millennials and Gen Z for the past few years.

“Narratives such as #girlboss and #mondaymotivation are everywhere! Don’t get me wrong, encouraging others, being positive and ambitious in regards to your work life is not something to be discouraged, but where do we draw the line, and when does it become toxic? […] We talk about it in regards to body image all the time and comparing yourself to others, but the same goes for productivity. We can get swept up in the notion that everyone is admirably hustling and working harder than you. The pressure to be none-stop grinding can become consuming.”

Daisy’s article defines, dissects and demeans hustle culture and exposes it for the toxic distraction it really is. As much as working hard for the things you want is a trait that shouldn’t be devalued, the constant comparing of a person’s hustle to another will only cause more harm than good.

Climate change has been one of the prevailing crises of our time, and 2021 is coming to a close with humanity not much further forward in a unified response to it. Before the (incredibly lacklustre) COP26 summit in Glasgow, Sadhana took a look at the hard data around climate change, and tried to debunk some of the biggest myths around our changing environment.

Another growing concern is nitrous oxide. A study by the Global Carbon Project shows that human-caused N2O emissions have increased by 30% over the past four decades, mostly due to nitrogen fertilisers used in agriculture. The growing demand for meat and dairy products has also contributed to the surge, as livestock manure causes N2O emissions and nitrogen fertilisers are often used in the production of animal feed. What’s scary about N2O is that the gas is almost 300 times more potent than CO2 over a 100-year period.

This article was, in many ways, the culmination of a series of pieces Sadhana has written that emphasises that the wealthiest countries are more responsible for climate change – despite their relative inaction – and that the global south are disproportionately being blamed and being affected by it.

After England’s loss in the Euros this year, there were a lot of mixed emotions – the main one among fans seemed to be anger which, as we’ve seen many times before, produced a deluge of racism. Tom’s article captured the root of the issue between racism and football and said what was on the minds of every anti-racist in the country.

“Yes, I know the racism was from a vocal minority, and no, not every England fan is a racist. But, every racist is wrapped up in a St George’s flag, content to let people of colour exist when they’re being a ‘good immigrant’, but ready to denigrate at a moment’s notice.”

Although the Euros are over, Tom’s article sadly has a timeless message and makes some pertinent points about the culture of racism in the UK. It’s an informative yet infuriating read, but I’m a fan of anything that highlights the contradictory behaviour of our country’s leaders.

Any article that sheds light on a group of people society chooses to ignore is one I cannot help but applaud. Mafalda’s article takes a very honest look at the sex worker culture in the UK as she shares the story of Stacey Clare, a young woman who became heavily involved in the fight for social justice for sex workers.

“In reality, as long as there are stigma and criminalisation, sex workers will remain vulnerable. No piece of legislation will single-handedly end male violence. […] There are always going to be people doing sex work. The question is, how safe do we want them to be?”

Mafalda also looks at the impact Covid-19 had on the sex work industry and urges everyone to pay attention to their struggle. Sex work is the oldest profession in the book, and pretending it doesn’t go on is simply putting those work in the field in danger.

OK, Voice Verdicts isn’t an article; it’s a series. However, you can’t quite beat Claire’s biting tone and sarcasm as she plays judge, jury and executioner with the news. Claire’s savagery when deciding who has made her hit list that week is always entertaining to read. A personal favourite being the debut of Voice Verdicts, where she pulled no punches on Amazon founder Jeff Bezos and his trip to space.

“Yes, this week, the founder of Amazon jetted off in a phallic-shaped rocket that did a 12-minute suborbital trip, marking the beginning of Bezos’s plans to commercialise space for those few earthlings who can afford it. To top off this hellish dystopian scene, Bezos decided to thank “every Amazon employee and every Amazon customer, because you guys paid for all this.” […] for Bezos and his $205,600,000,000 to thank his underpaid and overworked employees for his little joyride is in poor taste, to say the least.”

Voice Verdicts didn’t just shame people but praised people doing something noteworthy and worthwhile. In this time of all-news-is bad-news, stories like that are easily missed, so thank Claire for bringing us at least one positive thing we could say occurred that week.

Learning how to say no: employment and setting boundaries in the workplace

So often, people forget how hard young people have it finding work. Having to grapple with the double-edged sword of needing experience to get your foot in the door, but having employers slam those doors shut can be exhausting. It’s not easy, and it seems to be getting harder and harder. Milli recalling this time in her life is one many young people can relate to.

“When we think of work, we think of the money we get out of it but do we take enough time to consider what it actually means to be part of a workplace. We go into adulthood without a dose of reality. At school, where we can afford to make mistakes and have a rather soft landing when things go wrong, we don’t see the world for what it is. The working world is so much broader…”

Although a personal account, there is a lot we can take away from Milli’s article. It inadvertently speaks on the state of things for young people. It provides insight into the young person struggle, and provides healthy ways to take care of yourself in an environment where you’re made to believe that saying yes leads to success.

Similar to Voice Verdicts, this is a series rather than one individual article, but I am always a fan of recurring segments on the website, and when you combine that with a big dose of nostalgia it is a real recipe for success. Started by former Trainee Journalist Ali Muzaffar, this series had taking us back through history looking at hidden gems, childhood classics and the cult hits in media and entertainment.

“The Portal series… give[s] you mentally stimulating challenges set in a sinister and broken world, then bash[es] you over the head with witty, narcissistic monologues from the few voices left in the decaying laboratory. Somehow these wildly different tones mesh together to form an endlessly enjoyable experience that, by the time the end credits roll, leaves the player wanting more.” – Hamish, on Portal 1 & 2

Taking it like a man: An exploration of Jackass, masculinity, and the queer community

I think some of the most interesting stories are the ones that can take something you love – say, for instance, a ridiculous prank/stunt TV and film series – and cast it in a completely different light. That is the case with Dulcie’s deepdive exploration into Jackass and its surprising queer cultural relevance. Speaking to a number of number of members of the queer community, they reflect and assess the significance of the show, and how it ridicules hegemonic masculinity.

“I got into Jackass when I was around 20, having just completed my first year at art school and with a long summer ahead of me. I was getting into ’80s hair metal for the first time, drinking more beer than usual, and shrugging off a period of feeling more femme and returning to my messy masc roots. When I saw Jackass for the first time, its cast drunk and masochistic, dishevelled and just slightly homoerotic, I felt some kind of kinship with them.”

This truly is a stand-out piece, and is one to read if you ever enjoyed Jackass – or if you want insight into how media can have such cross-cultural appeal.

Another slight bending of the rules here, but this is the article that started off Rosalie’s Through the Ages series, so I’m going to include it anyway. This series looks at the fascinating history of both theatre and music in the UK, and how sociopolitical factors influenced public perception of these two cornerstone artforms.

“Thanks to the festival of Dionysos and the growing popularity of theatre, new playwrights were emerging all the time, creating demand for more performers and travelling troupes. The rest, as they say, is history, and the influence of Ancient Greek theatre has certainly stayed at the forefront of other forms of entertainment today. As was suggested by Professor Alan Sommerstein at the University of Nottingham, there are notable modern TV shows that we watch today, made in the spirit of the ancient Greek genre.”

If you want a crash course in the history of performative art, then this is a great starting point.

Close encounters of an artistic kind: one monolith and a quest for meaning

Are we truly alone? It is a question that humans have asked throughout history, and we briefly got excited by the possibility of first contact in 2020 when a reflective monolith was found in the Utah desert. Sienna was inspired to explore the innate need of humanity to find greater meaning, and how we represent that in art as well as science.

“We love the idea of providing answers to fundamental questions through both writing and visual culture. However, engaging with the various visual depictions of extra-terrestrial creatures arguably reveals more about us than it does about speculative space aliens. To continue imagining through painting, writing, film, sculpture the kinds of creatures who might meet us in space speaks not just to our want for hope, but our need.”

This was a true dérive with exploration into art history, anthropology and psychology, with just a touch of science fiction and a large dash of hope. 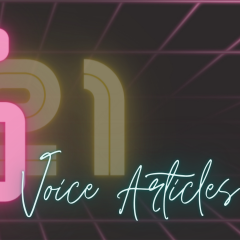 Looking back on a great year for the magazine 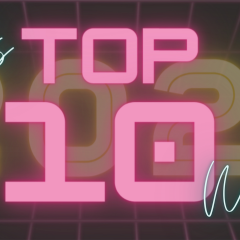