New show Liminal is showing at the King's Head Theatre until October 23.

Organised by: The King's Head Theatre

LIMINAL: OCCUPYING A POSITION AT, OR ON BOTH SIDES OF, A BOUNDARY OR THRESHOLD.

Exploring the bittersweet richness of the dark, with the creamy decadence of the light, Le Gateau Chocolat joins forces with King’s Head Theatre to create a brand new show. Each night, a specially curated operatic song cycle will offer a meditation on where do we go and who do we become when we lose our anchor?

For years, in a small room at the back of a pub, audiences have seen the greatest operas reworked, reimagined, and updated. But what happens when Tosca takes her taxi home at the end of the night? When Figaro has a zoom meeting at 11.00am?

King’s Head Theatre favourites and some exciting new voices explore the space between the persona and the person in a new honest and emotional response to the world away from the glamour.

Developed and directed by Le Gateau Chocolat, this is a raw personal look at opera and the people who perform it. Different for each cast, opera doesn’t get more intimate than this.

Le Gateau Chocolat’s work spans drag, cabaret, opera, musical theatre, children’s theatre and live art. His bewitching baritone has been heard in previous works Le Gateau Chocolat (2011), I ❤ Chocolat (2012), In Drag (2013 Royal Festival Hall commission) and BLACK (2014 Homotopia commission), which toured with music ensemble Psappha in 2017. His children’s show Duckie premiered at the Southbank Centre in 2016, was included in the Guardian’s ‘6 of the Best Shows for Children’ of the Edinburgh Festival Fringe 2018 and will be at HOME, Manchester this Christmas (2021).

His recent production ICONS has toured the world and an up-scaled version included accompaniment from the Little Coco Orchestra, a Le Gateau Chocolat initiative to support diverse musicians through the creation of an ensemble formed entirely of women of colour.

Le Gateau Chocolat has been invited to perform at prestigious venues including The Royal Albert Hall, Barbican Centre and Sydney Opera House. He has worked with composers Julian Philips, Jonathan Dove, Jocelyn Pook and Orlando Gough.

Le Gateau Chocolat appeared in Wagner’s Tannhauser, starring Stephen Gould, which opened the 108th Bayreuth Festival in 2019 and attracted headlines around the world for the reaction to his participation as a drag artist of colour. He most recently appeared in Emma Rice’s Bagdad Cafe at the Old Vic Theatre (2021).

Other notable performances include ‘Tony’ in McNally’s Masterclass, ‘Mario Lanza’ in Loveliest Night of the Year (Australian tour), Schubert’s Dichterliebe, Mendelssohn’s Elijah, ‘Piangi’ in Phantom of the opera, a world tour with the international group The Ten Tenors and an opera highlights tour of China.

He has also featured on Scottish digital radio as a guest presenter and writes, produces and presents an interview podcast called 9 Year Gap.

Grace has performed extensively as a soloist and chorister in many countries. Praised for her “warmly inflected and expressive singing” (Opera Magazine), she is an experienced soloist and versatile lyric soprano.

Her operatic roles include Aksinya in Lady Macbeth of Mtsensk (Birmingham Opera Company) which won The Royal Philharmonic Society award (2019) and the title role in Treemonisha (Spectra ensemble) at the Grimeborn Festival.

She is also passionate about making opera accessible for all through outreach and community projects and regularly works for Birmingham Opera Company in this capacity. She has also enjoyed working for the ENO Baylis Opera Squad and English Pocket Opera which work extensively in schools across the UK.

Grace made her debut at Opera Holland Park this Summer in The Cunning Little Vixen playing the Rooster and Jay.

British-Iranian soprano, Honey Rouhani, currently studies with international Soprano, Joyce El-Khoury and has performed in operas and concerts from London to Dubai and Australia to Europe. She is proud to have premiered many new works including Toni Castell’s Hhumann X at LSO St. Lukes and Mehran Rouhani’s Love and Peace Quotes at London’s Barbican.

Her awards include Best Interpretation in the 2018 Montecatini Opera Competition in Italy and performing in the King's Head Theatre's 2018 Olivier Award Nominated West End production of La Bohème. In 2020, she returned to the West End with critical acclaim, playing the roles of Tosca and Musetta in King’s Head Theatre's Opera Undone productions of Puccini’s Tosca and La Bohème.

As founder and director of Miele Canto, a UK music education and production company, she produces various live concerts and headed the judging panel for the 2021 New Century Music Competition.

Dan D’Souza currently studies at the Royal Academy Opera where he holds The John Talbot Collender Award. He studies with Raymond Connell and Jonathan Papp, and is supported by the Josephine Baker Trust.

In 2019 he made his debuts at the Paris Philharmonie and the Sala Santa Cecilia singing High Priest in Handel Semele under Sir John Eliot Gardiner, and at Cadogan Hall singing Monteverdi Vespers under Ivor Settlefield.

He is the 2018 winner of both the Dame Patricia Routledge National English Song Competition and the Royal College of Music Lieder Competition. He will take part in the finals of the Belvedere Singing Competition in 2021.

He was an Associate Artist for Salon Opera, an Iford Arts New Generation Artist, and a Southrepps Festival Young Artist.

Co-written and narrated by Tommy Bradson

About The King’s Head Theatre

King’s Head Theatre was established in 1970. Passionate about championing ethically produced fringe theatre, we are known for our challenging work and support of young artists. In 2019, 88,029 audience members saw a show of ours: 37,586 at our 110-seater home on Upper Street and 50,443 elsewhere. At our home in Islington, we hosted 686 performances of 113 different shows. We are committed to fighting prejudice through the work we stage, the artists and staff we work with and by producing work for minority audience groups. We believe in fair pay for all on the fringe and create accessible routes for early-career artists to stage their work; work we are passionate about. Subject to a fundraising campaign, the King’s Head Theatre will move into a custom-built space in the heart of Islington Square, directly behind its current home securing the future of the venue for generations to come.

The King’s Head Theatre has established itself as the home of accessible, high-quality opera on the fringe, with La Bohème nominated for Best Opera Production at the 2018 Olivier Awards against offerings from the Royal Opera House. 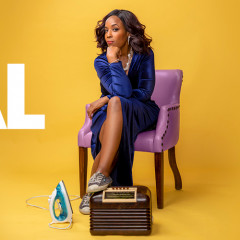 New show Liminal is showing at the King's Head Theatre until October 23.