Jamie’s journey is an exciting one, having progressed from project participant to workshop leader in just five years. As part of his Gold Arts Award he recently ran a project for young carers called ‘When They Hear Us’, inspired by his own experiences of growing up in Crewe. Find out more about Jamie, his love of rap, and how he overcame the challenges of lockdown…

So tell us a little bit about how you first got involved with music?

I first properly got into it on a Brighter Sound project called Life On Shuffle. It was for young people that had maybe come from challenging circumstances or backgrounds, giving them a chance to get out, create new music and perform. I was just getting into rap at the time, writing my own lyrics and having a bit of fun.

Around the same time I started going to an open mic in my area. I didn’t have much performing experience, but after doing it in front of a few people at Life in Shuffle, I had the confidence to step up and be myself in front of a bigger audience. People liked what I did and resonated with it, I suppose because I was always talking about things that were very close to me. It soon became a regular thing of going and performing at the open mic, attending Life On Shuffle sessions and also taking guitar lessons.

What were the main things you got out of going to Life on Shuffle?

To be able to create music that we could say was ours. We’d get together in a little group and write lyrics, drink brews and eat biscuits – it was great. It was really fun working with Phill [Howley] and Ben [Riley], especially as Ben’s an MC. Having an interest in rap and then being able to meet someone that can share those skills was really useful.

In the beginning I really struggled getting the basics of timing and stuff like that. I even struggle now sometimes. But it was the encouragement I got from them to keep going and keep pushing, no matter how many times I messed up. They were always there to pick me up if I needed it. And that runs really strong with me, and still stays with me today. If I’m ever running a workshop, or come across someone who I think might need that pick me up and encouragement, I’m so happy to give it. Just like I was given it.

How was it working as part of a group of people you didn’t know before?

I was a bit shy to begin with. A bit quiet, a bit reserved. But once I started getting to know people, I really came out of my shell.

When you spend a certain amount of time with a group of people, whether you’re familiar with them or not, getting together and thinking creatively… there’s a kind of transformation in a group. You start to realise the strengths that people have. One person could be good at playing the guitar, another person could be good at the drums, someone else might want to have a go on the mic. And as time moves on, you get to see them progress and grow into their own. And you go through all that together. It connects you and it will always leave you with a memorable experience.

What is it about rap music that speaks to you?

Rap has been something I’ve listened to ever since I was a kid. It gave me this feeling of newness. I never thought I could do it myself – until I did!

I like the way it can be so diverse. It can be raw and brutal. But there’s an intricate side to it too. You can be gentle with it, expressing yourself in different ways. And styles and genres are always changing. For instance, poetry and rap. I think the two are almost cousins. I think if you can write poetry you can definitely rap. The difference is, poetry is maybe more free flow whereas rap is to a pulse or beat. Rhythmically Applied Poetry. That’s the definition of rap. Or Rhythm And Pulse. I learnt that at one of my first workshops with Phill and Ben!

What inspired you to do your recent project When They Hear Us?

This was a first for me, I’d never done my own project before so I wanted it to have meaning to me. I’d been working through my Gold Arts Award and I reached the second unit which is all about planning and organising your own event. I started thinking about my own story as a young person growing up in Crewe, starting with no experience and working my way up, meeting great people, doing great things and not having an ultimate destination, but enjoying the journey.

I wanted to be able to tell this story through a rap. So I wrote a short story based on me, that the young carers could add to, and then create their own stories based on their life experiences. Inspiring the next generation to come up, write their own lyrics and give things a go. That boost of confidence.

You worked with Cheshire Young Carers on the project, what do they do?

They teach young people who have to look after their parents at home how to do different things. Like washing up, cooking tea, sorting out medication. But it’s also a place for them to get involved in stuff, even though they might not be able to get out like a normal young person does. I was planning to work with them in person, but then lockdown happened and we had to move it online.

How was that experience, of having to adapt your plans because of the pandemic?

At the beginning of lockdown I probably let things sit for a little while because there was a lot going on, and everybody everywhere had things they had to adjust to. I knew time was running out for me to finish my Arts Award, and I didn’t want to just sit there and let the time pass. So I began to plan and organise my event from my own living room, working with people on Zoom and stuff.

It was great to improve my skills in that way. It’s been such a fun experience in quite a challenging time. I’m glad I kept moving towards it because I’ve done it now, and it feels great. If I’d just sat there, I could still be waiting to do it now. You just have to be able to restrategize your plans and have a backup plan so if it can’t go one way, maybe you can do it another way. Obviously we’d like to be there in person, but at the same time we can’t sit here and do nothing. We have to do it one way or another. Attending some of the Brighter Sound training sessions as part of the Arts Award, I remember someone saying not to sit on a project for too long. Don’t let the work pile up. Just keep gradually getting bits done, then all of a sudden all of those bits will add up.

And those young people that took part, now more than ever, it was probably a really important time for them to do something like that?

I think to be able to give a creative opportunity now… people will remember you for it. One thing I’d want from delivering those workshops online, is for someone who maybe didn’t go out much or do much before lockdown, to have found something they enjoy and can continue doing afterwards when we’re back in the real world.

I was so glad to see what they came up with. And it was great to see how their skills had improved and that people came back. Like I’d worked with them before and they enjoyed it enough to come back. Sometimes having someone to look up to can have such a positive influence on people. So I wanted to show them it’s okay to be yourself, it’s okay to have fun.

So what are your aspirations for the future?

I’d like to see myself planning bigger and better events, using When They Hear Us as a starting point. Keep scaling up my practice, learning new skills, developing as an artist and making music. I don’t always have this ultimate expectation of where I should be. I just enjoy the journey along the way. And every now and again something new can pop up you weren’t expecting, which can open new doors and lead you in new directions. So I’m interested in event management and I’m having fun running my workshops. But part of me still likes to get on stage and perform.

Did you ever imagine you’d end up pursuing music as a career as well as a passion?

I’d learnt a bit about freelance life through Phill and Ben, but I didn’t think I was qualified or had the skills to do it. I thought it was all above and beyond me. But all the same, I kept with the music. I thought if I stuck with it, it might lead me in a positive direction. And it has! Working with Brighter Sound over the past few years has really added a lot of quality to my life.

What would you say to a young person who has an interest in music but isn’t sure whether to pursue it?

I’d say keep an open mind. Keep exploring and find what works for you. There’s gonna be ups and downs. There’s gonna be things you’re good at and things you struggle with. Don’t have an ultimate expectation of where you should be and just enjoy whatever comes your way. And don’t ever think you’re not worth something because you can go out and get it.

Thanks to Jamie for speaking to us!

Click here to watch an animation created after one of his workshops with Cheshire Young Carers, and find out more by following him on Twitter and Instagram 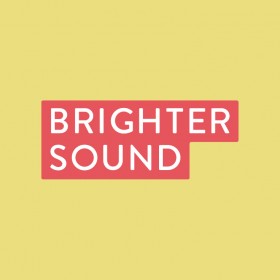 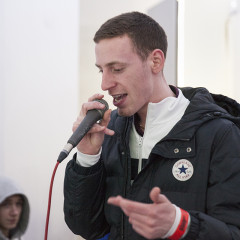