Voice MagBlogsThere is no one way…

When completing her Want my job? interview, Melanie Shee wrote about how she took an atypical path to wind up in the work she does today.

We decided to pull her explanation of that journey out and publish it as its own blog, as we felt it served as a great example of an interesting, unexpected story. It perfectly demonstrates that that there is such variation in how people end up in the creative sector that you shouldn't feel railroaded into going down a particular path, and need to do what makes you happy.

After having failed all but one of my qualifications at school I had to retake my O Levels part time whilst working as a youth worker. I then went off to college and university and studied film, art history and cultural studies at degree and MA level, as these were the only subjects that gave me a buzz. At the same time I was also setting up a women’s counselling service, teaching film studies part time and undertaking a teaching qualification! I then moved abroad to Germany and then to Greece where I taught English as foreign language as I wanted to explore the world. Moved back to the UK a few years later and I unexpectedly found myself working in and managing adult careers guidance services, skills development and online learning.

I had also always been passionate about film – in fact it was my salvation when I was young as reading just didn’t do it for me, although I knew I never wanted to be involved in making film. So, it was a revelation to me when I read an article about an organisation that combined both skills and training for the TV/film sector. I decided that was an organisation I wanted to work for and eventually I did!

At the grand old age of 39, I rented out my house, put my cats in care, and took what many perceive as a backwards step career wise by heading to London to work for the organisation I had read about years earlier! It was viewed as backwards because I had previously been a senior manager managing a team of 10 careers advisors and developing and delivering innovative IAG services across the NE, and was now moving not to follow the typical upward career progression pathway – and I was earning less! But, while this wasn't even a sideways move but I want to stress I had to do it so I had no regrets. It was here thatI gained real insight into the sector, developed apprenticeships and qualifications and networked extensively.

I then went to work a specialist art and design college, securing funding to develop and deliver training for the sector across the region, and supporting undergraduates through setting up and running an incubation space for young creative entrepreneur – as well as opening and managing a retail shop, staffed by students to sell/test trade a range of hand made designer products with over 60 regional sellers.

In 2013 I left and set up Shee’s Creative Consultancy and Training. I also trained and worked as an apprenticeship assessor, so had gone full circle from developing the apprenticeships to delivering them. I also worked as a freelance assessor for a national start-up loans company working and mentoring creative businesses, as well as a whole host of other areas all linked to skills, education and training

As part of this work I secured a freelance contract as Skills Academy Network North East Manger CCSkills and now my current PT employed position as Partnership Manager!

The one thing my work history demonstrates is that it is not always linear and that it isn’t always about the money! It is about doing what makes you happy and working in an area that you feel passionate about.

- By Melanie Shee. You can read her Want my job? interview here 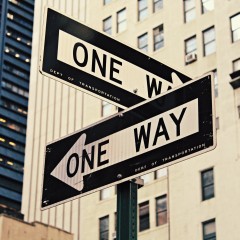