We are STIGMAcollective, a theatre company that’s trying to make sense of this messy world by putting on shows dealing with quite controversial subjects. We like our audiences to leave our performances having conversations. We met in Scotland while studying and have been working together since.

Describe your work “right left with heels” in 3 words.

What is the premise of your work and what inspired it?

The play is an epic journey spanning over 60 years of post-war European history, told from the perspective of 2 Nazi shoes. Yeah, pretty standard everyday concept...!

S. Majewski’s play explores the question of personal responsibility as opposed to collective guilt. That’s what initially drew us to this play. We are inspired to put it on now, in 2019, because it feels as relevant as ever, with a scary rise of right-wing powers across Europe and the whole World.

Why did you choose the setting of Nazi Germany for this play?

The shoes are made in Nazi Germany, but then they are put on Nuremberg trials and exiled to the East, where they see the aftermath of “peace”. Seb is Polish, so he set the play in Poland, the country where the effects of Nazi occupation are still quite present. He highlights a very difficult question about a level of accountability if you know that something wrong is going on but you do nothing. We felt it was so relevant because our passivity keeps letting horrible things to happen.

You have chosen shoes as the protagonists for this play. Please explain more.

Yeah, this is a ridiculous premise. What Seb’s highlighting is how much we love an easy scapegoat to blame. In ‘right left with heels’ it ends up being a pair of Magda Goebbels’s shoes. And they are not holding back - inhuman objects, questioning humanity.

What impact do you hope “right left with heels” will have?

This is quite a challenging piece. We’d love our audiences to leave questioning the ideas of this play. One of the ideas of our performance is about history repeating itself. It’s up to us if we are going to let that happen again. We see people getting more involved with the politics, Extinction Rebellion is a great example, and we want to encourage that critical debate.

Have you been inspired by any other theatre productions or artwork?

We are infinitely inspired by the work we see and not just theatre. Our set is inspired by a painting of Lisa Milroy that we saw at the RA Summer Exhibition. However, most of our inspirations are not that conscious and a lot more subtle.

We faced the standard London challenge of young theatre-makers working with a small or non-existent budget. The fact that we are over-ambitious doesn’t help the cause – we want to present our audiences with the best version of that performance.

Also, Seb lives in Poland and doesn’t speak English, so all our correspondence was going through his boyfriend and it took time. When we needed his go-ahead regarding the rights, our producer friend Doma chased him around different Polish theatres, countless times talking to a cleaner who happened to be next to the abandoned switchboard. In the end the same cleaner ran after Seb, who had just left the building and helped us to get the needed ‘yes’.

Oh, and did we mention that it’s a play about shoes?

What else goes on at STIMA Collective?

This August we created ‘A Lesson’, a play about teachers facing sexual misconduct allegations. We are looking forward to finding a home for its full run.

We love to collaborate with unlikely artists as we love the fresh approach they have in theatre. Soundscape for ‘A Lesson’ was created by a music producer Patrick Hunt (PXCH) who has never worked in theatre. STIGMAcollective is an aim in itself. In the future, we want to create a collective of artists from different disciplines united by the same aim – explore and challenge the STIGMA.

If you are an artist and feel that you could be a part of our tribe, or you just want to learn more about us you can find us on all the socials: Facebook, Twitter @StigmaCol and Instagram @collectivestigma.

Or come to say hello to us at The Cockpit theatre on 5th and 6th of November! 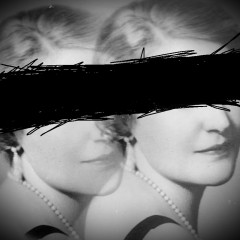