To what extent can the recent opening of Primark’s biggest store in Birmingham, be argued to be a strategy to pull shoppers back onto the highstreet?

Primark is an Irish fast fashion retailer which can be found in eleven different countries, showing that sales are mainly made through stores rather than an online website. The issue lies with the latest statistics surfacing that 51% of British people prefer to shop online because high street shops are failing to cater to everyone’s needs. Primark can be seen to respond to this issue by recently opening up the ‘The World’s Biggest Primark’ which is located in Birmingham. It can be suggested that Primark already have an advantage over other failing stores as they have no online presence, therefore suggesting that Primark are more likely to get customers through the doors as shoppers have no other source they can turn to. Is this considered as an advantage or a disadvantage if there e-commerce presence is non-existent? The idea that Primark have no online store could inevitably encourage shoppers to ‘impulse buy’ as they have to actually go into stores to make purchases, making them more inclined to buy more. (Anon, 11th April 2019) However, companies like ASOS which are completely based online, show that they are grading alongside competitors that are both in-store and online. Further implying the suggestion that e-commerce is continuing to be a benefit to companies as they are producing the same, if not more, revenue than stores who still remain on the high  street. (Tugaba Sabanoglu, April 25th 2019)

The strategies that Primark have implemented to lure shoppers back onto the high street include new in-store experiences that spread over all of the five floors, the shop features three different dining experiences, including a “Disney at Primark” Cafe which is complete with interactive table features and Mickey Mouse inspired food, Primark’s largest beauty studio which caters for eyelashes, eyebrows, make-up, hair and nails as well as a Barbers which are pulling in the male audience. An interesting feature Primark has used is allowing shoppers to have free wifi which directs users straight to the firm’s Instagram page, again tempting customers to be more involved with the store. The list of features continues, as the megastore also has a personalised T-shirt printing station and a “Primarket” section which displays some of the store’s favourite vinyls. As captivating as these new features may be, it seems that the attention is being taken away from the main thing that the store became known for; the clothes. This could be argued that the clothes are no longer the pull that will get customers into the store, suggesting further that the firm had to make drastic changes and include these new experiences as a possible last resort to attract people back to the market. (Katie Grant, April 13th 2019)

Sources that have surfaced imply that in actual fact Primark’s financial development is taking a steady increase, implying that Primark is actually having no problem staying on the market. ‘Fashion United’ have said that a final dividend of 29.65p (was paid on January 12th 2018) has been proposed to shareholders, joining this together with the interim dividend of 11.35p (was paid on July 7th 2017) will result in a total of 41.0p for the following year, creating a sufficient increase of 12%. The site has suggested that Primark are performing better than expected, particularly in the UK as sales were 10% ahead of last year (2016). The graph below of Primark’s financial development clearly demonstrates that the revenue and net income gained from 2010 to 2017 has taken a gradual but positive increase, showing that the revenue has gone from just below £3,000 to £7,000 within seven years. (Prachi Singh, 7th November 2017)

Graph above shows the Revenue and Net Income of Primark over the duration of seven years. (Tugba Sabanoglu, April 25th 2019) 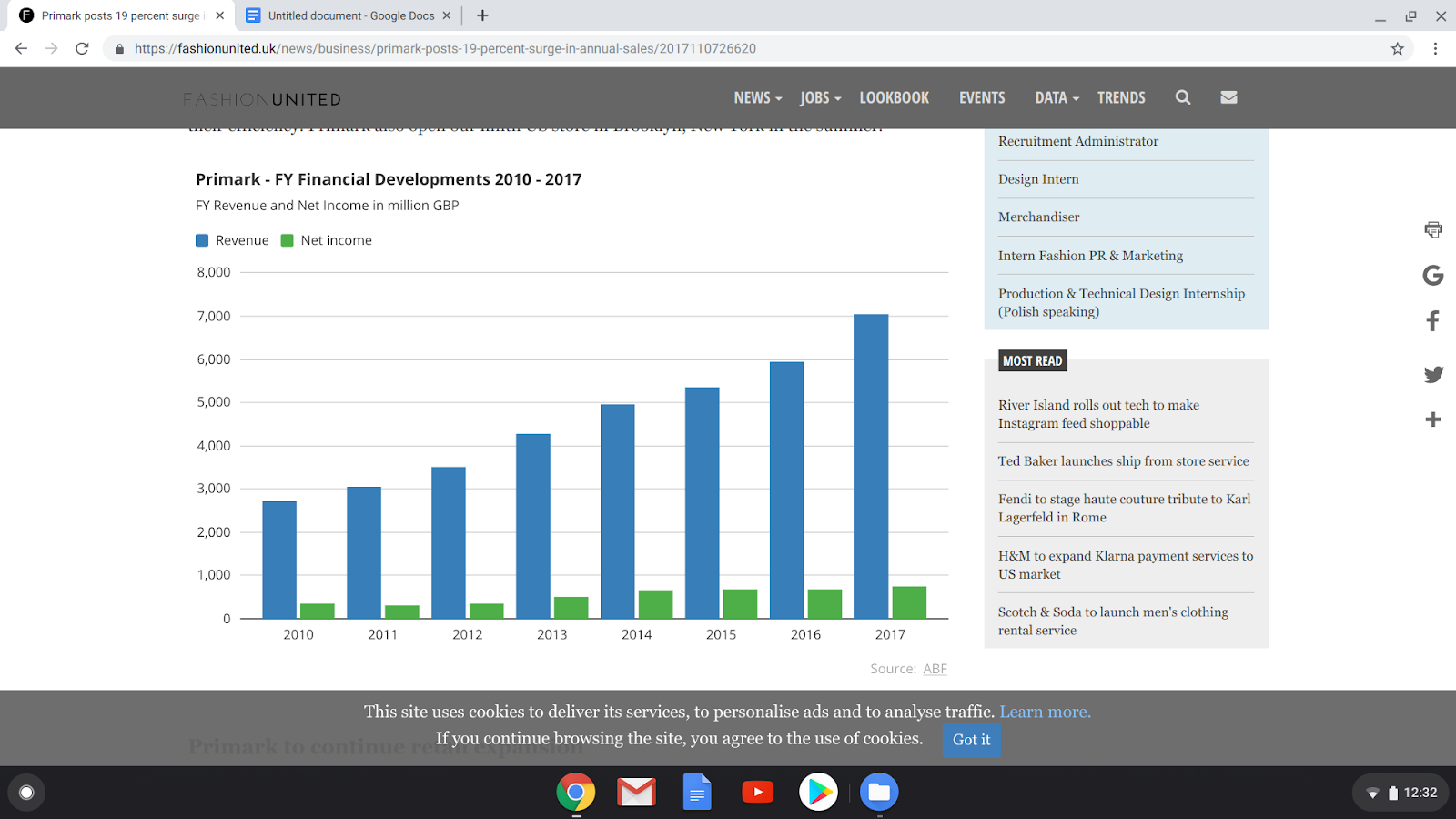 In more recent years, the owner of Primark, Associated British Foods, reported that the firm “delivered its most significant profit growth in recent years, in 12 moths the retail revenue was up by 6% at £7bn and operating profit was up by 15% to £843bn”, the owner said that the store performed best in the UK with a 1.2% increase in like-for-like sales. It is clear to see here that in actual fact the growth of e-commerce hasn’t impacted Primark’s sales in a negative light, it has instead surprisingly benefited the firm as it causes shoppers to flood through the doors of the store, because that is there only source of getting their hands on Primark’s goods. Another suggestion as to why Primark’s sales has increased is due to the combination of their low prices with their immense selection of fashion items to choose. Primark’s business strategy will always remain the same; low prices and large amounts of stock. It could be argued that they don’t have to compete with other rising e-commerce based firms because they can’t compete against Primark’s low prices. Therefore, this suggests that e-commerce hasn’t had a detrimental effect to a high street based store like Primark because of their well thought out, successful business strategy. (Caitlin Morrison, 6th November 2018)

Is Primark going to be the next retailer that dies on the high street? 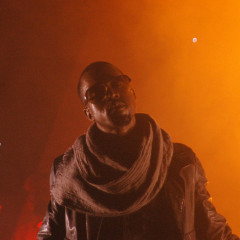